NOTE  Japanese Class will be at One World Cafe next Sunday, since Cafe Artista will be closed. 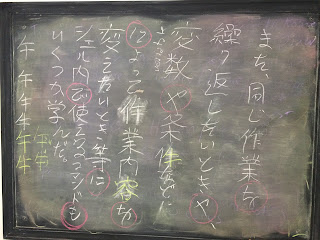 A sentence from a CS homework assignment 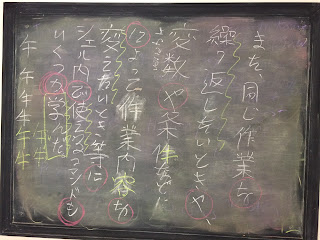 Circle the particles and identify the verbs (green squiggle), including the "main verb" (green square) 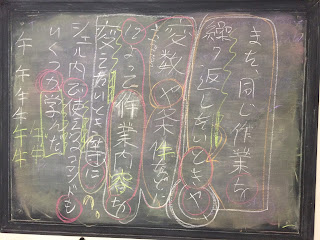 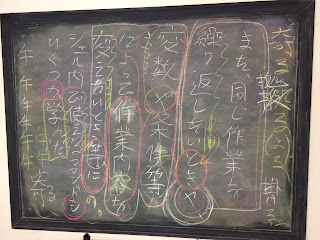 discuss whether "nado ni" is a particle itself. we decide it functions in tandem with "ya" to identify a "list noun" and connect it to a verb (like a particle) 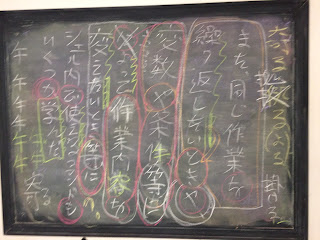 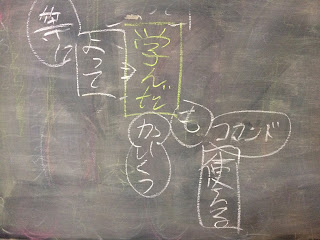 starting with the "main verb" to build the Fujioka-Dearien diagram 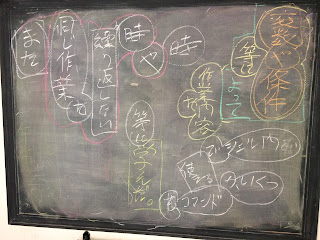 on second thought, "ni yotte" (aquamarine), does not modify "sagyonaiyou wo"
see how the central "ya" links the two big halves of the sentence to the main verb (mananda) 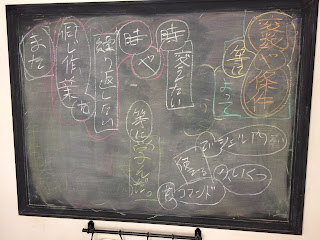 "kaetai" is the main verb of the righthand phrase, and "ni yotte" links the "ya" clause to it (see below) 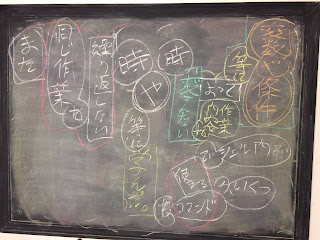 Now we see how "sagyo-naiyou wo" and "ni yotte" both modify "kaetai" which modifies "toki" on the right, while "ya" links to the other "toki," on the left, while "nado ni" ties that "ya" clause to the main verb. 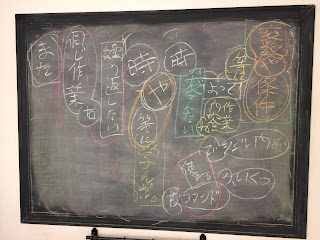