模倣子 Heal Oneself, Heal the World

Introduction
The principles of memetics apply wholly and entirely to the domain of ideomemeplexes, i.e., the internal economy of individuals. Ideomemeplexes are, theoretically, the basis for all individual unhealthy narcissistic behavior.

I need to construct the model of how ideomemeplexes interact with the outside world.

Changing the ideomemes of individuals equals changing the way the world functions. How are ideomemes transmitted between individuals? Via stories...and things like religions, I suspect... Is there a general classification that spans this transition method? Is everything that accomplishes this like a religion? Language? Is that a category? Neologisms?

Psychotherapy and Memetic Hacking
Psychotherapy is obviously a form of memetic hacking, but is this the only mode by which it is "successful," i.e., that it leads to healthy change in the individual? Identification of "unhealthy" ideomemes, or ideomemetic subsystems and bringing about their change/replacement? BOOM. How is this accomplished? Either psychotherapy has some conceptualization of how this may actually be accomplished, or it does not. In the former case, psychotherapy may inform/be useful to memetics, in the latter, the reverse.

Memetic Hacking, Ideomemes, and Memetic Programming
The whole function of memetic hacking is to evince the "justifications" or "underpinnings" of an individual's espousal (or infection by) certain memes, or to frame it in terms of memetic transition matrices, describe the rows and columns thereof (more on this later).


"Bring in the Trolls"
Nixon, Trump [concept of the "Silent Majority"]

Endomemetic Polarization
Could the valuation of a memetic reward (3), i.e., whether it's "positive" or "negative" be predicated by the ideomemetic system of the individual? E.g., self-sacrifice, punching bag/doormat, class clown, even leader.


Okay, based on my ideomemetic economy, I can perceive certain endomemetic rewards as positive or negative, i.e., worth deploying or not, and this may differ from others, i.e., what I perceive as valuable, e.g., self-sacrifice or getting into trouble or making a fool of myself and inviting the ridicule of the group, may not seem like a good memetic (meme) deployment opportunity to others. However, I may be giving others an opportunity for large rewards by my behavior, so there may be a memetic reward for that at the ideomemetic level...for me.

Endomemetic Polarization and (Communist) Dictatorship
Brainwashing and invasive checks for ideological purity and "liquidation" of "counterrevolutionaries" may represent a supreme sensitivity to the idea of an endomemetic fabric and its predisposition to accept (read "propagate") a given megamemeplex. Religion seems to solve this sort of problem. But how?  Also, religion has the same property of hypersensitivity of ideological orthodoxy as communist dictatorships.


"How does ideomemtic programming lead to mental health?"*

Religion seems to solve this. Also, corporate life and in a broader sense, participation in a capitalist economy seems to provide a memetic structure that allows many different individuals with very different "belief systems" to interact and cohabit the same megamemeplex (4)(5).

Fanaticism is proportional to the memetic density (5) which is exomemetic shared inventory size, while variegation relates to what? The shared, or rather, relateablity of exomemes to the various endomemes of the cohort. Ideomemes are of course memes internal infecting individuals, while "endomemes" describes the (stochastic?) collection of a cross-section of the ideomemes of a cohort. Of course, this may only be characterized by a memetic hacking process of a large or "representative" cross-section of the cohort (6), as opposed to objective empirical observation of the media, or of public action and dialog, for example.

At this point, macromemetics becomes "loosey-goosey." Maybe it's possible to characterize trends, and psychology, I think, tries to do just that, as does Sociology.

Here we have a real laboratory for memetic replacement and disinurement, i.e., inside the head of an individual, which is, after all, the goal of psychotherapy. 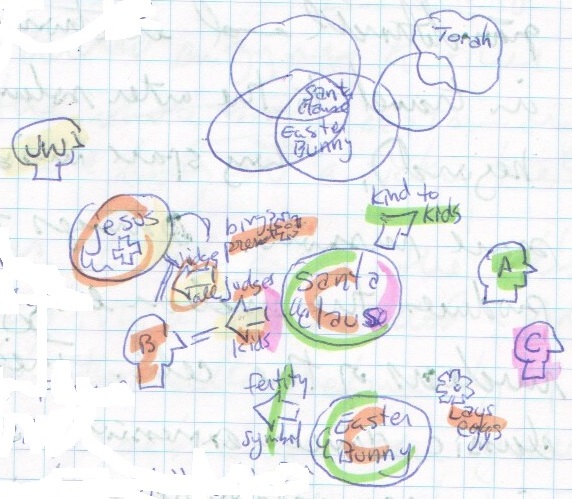 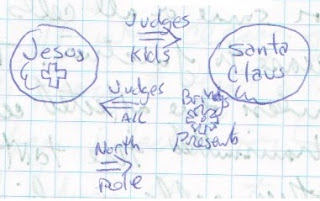 (2) By this I mean, how does ideomemetic/endomemetic engineering work? This may be where the real meat of ME resides. Do the concepts of PV and PM apply here?

(3) See other essays (I will try to add references) about the major problem of a simple "exomemetic transition matrix" and the decision weighting and race condition issues. How does an individual "decide" to deploy a given meme in a given situation (memetic state), and who "breaks the tie" ("jinx effect")? It's a major problem, and ideomemetic transition matrices may offer a solution by adding extra dimensions to the model.

(4) Megamemeplectic variegation: the property of a memeplex to provide attachment sites for a large (or small, if variegation is low) collection of disparate ideomemeplexes (endomemeplexes).

(5) Another name for another quantity is called for here, to do with the endomemetic inventory and its dispersion over a cohort. Endomemetic dispersion may be a good name. What I'm talking about is the total number of endomemes in the inventory of a cohort as compared to the distribution of infection of said endomemes as ideomemes in the individuals of the cohort. For example, say that the US and Japan both have comparably large endomemetic inventories, e.g., "belief" in demons and devils, that carbohydrates are bad for you, global warming exists, evolution is a valid theory, vaccines cause autism, liking rice, hamburgers, Santa Claus is a real person, all citizens should own guns, etc., now, if you look at any given individual in either society, what fraction, high or low, of the total inventory of endomemes, is the typical individual likely to have? For instance, if the typical Japanese is infected with most of the Japanese endomemetic inventory, we'd say that Japan has a "uniform" or "homogenous" endomemetic dispersion, whereas if in the USA you find that a random sampling of Americans shows that any given individual only has a small subset of the whole endomemetic inventory, then we could say that the dispersion is heterogeneous. This could have bearing on racism and social unrest, by the way (more on that later).

(8) Question: is the memetic menu (11) (ideomemetic menu) determined by the MIAOs, or is it "independent"?

(11) The idea of a memetic menu relates to the theory of MIAOplexes and whether MIAOs have rigidly-attached memes, and that by adopting a MIAO, an individual automatically has available the "menu" of memes for that MIAO to be infected by. MIAO bonding (MIAOplex formation) has the menu problem, too, i.e., is the set of available memes a simple combination, an overlap, join, union, some other more complex rule, or can outside memes even be brought in. How does an individual "choose" memes for their transition matrices from the memetic inventory of the cohort? What are the rules? If the choice is quite free, we could say that the menu system is increasingly "magical." This calls for a number of new terms, and the issue is a huge one for quantitative macromemetics.