Posted by jayushkin at 3:16 PM No comments:

Living with Kryptonite: Nanowrimo Word Counts through Nov 21 (living-with-kryptonite.blogspot.com)
Posted by jayushkin at 10:38 AM No comments: 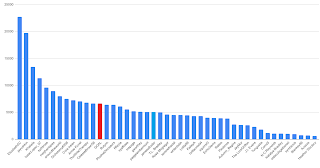 Posted by jayushkin at 2:14 PM No comments:

模倣子 TOOL Film Essay: Inside Out

INSIDE OUT TOOL ESSAY

Living with Kryptonite: 模倣子 Turning subtle memes Inside Out (living-with-kryptonite.blogspot.com)

I selected Inside Out because it's one of my favorite films and I've watched it dozens of times. It is beautifully done with an enormous amount of attention to detail, and the story is engaging and well-presented. It has also very much informed my comics, particularly those to do with mental illness and recovery from trauma and addiction. I liked the idea of memories consisting of one of:

It also alludes to the idea that joy is the primordial emotion, encompassing all others, and then sadness, "splits away", followed by fear, disgust, and anger, as the individual proceeds through stages of maturation from narcissistic infant, even with an undifferentiated ego-mass that includes the infant and mommy. Anyway, I have this stuff in my comics, which I have brought as a visual aid.

The story is interesting, and I wrote in another essay about the gender roles and gender stereotypes that are exemplified in how the story is told. My first question is whether this story would work if the androgynously named main character were a young boy and not a young girl. Would his suffering at being cut off from his home, his friends, and plopped down in a new environment be as compelling to us? Would we be more likely to just dismiss his feelings as "just get over it" while we feel sad and empathetic for the little girl?

Having said that, the depiction of the psychic break that the androgynously named Riley suffers on her first day of school is interesting. Joy and Sadness are both lost in the memory banks, and they run across the iconic Bing-Bong childhood friend (who is by the way briefly seen drawn in crayons on the wall by the young Riley as a set-up to this. I put this to the group: could that foreshadowing have been stronger? Later we see Fear watching the dream TV and immediately recognizing Bing-Bong as if he'd just spoken to him yesterday. I liked this because it established the economy of the emotions, what they had access to, how they related to one another, which hints at things like dissociative disorder and how that might work, not necessarily in this case, but where what is going on on the surface can be very different to what is going on beneath the surface, and that that's how things really work and that that's one of the major points of the film.

I found it delightful how the film depicted the inner workings of the mind as functional, mechanical, kind of 1960s Sci-Fi environment. There are islands of personality, there are core memories, and rather like World of Warcraft, which I think should be implemented as World of Drudgecraft in office environments such that data-related tools are immediately recognizable for how they are shaped and what things they actually plug into or don't plug into.

The memory gnomes [what are these] or workers easing memories by a big hose that sucks them off the shelfs, and how the memories get a bit brown, then become grey and then finally black so as to illustrate how faded or forgotten was again a great visual aid. If The Mortimer B. Zuckerman Mind Brain Behavior Institute wanted to do a Ted Talk on how their theories work, this movie, or the iconographic systems in it, might be an excellent visual aid, or so I assume. Things like the subconscious, where Bing-Bong gets thrown before he is rescued by Joy and Sadness, is similarly iconic. The train of thought was interesting, kind of a tongue-in-cheek reference, but in the end not so far off, I think.

The therapy angle comes when a memory may be made sad by Sadness touching it, a metaphor for reprocessing. One can imagine that over time all memories ultimately become sad ones.

I feel there’s a lot to the fact that Disney selected a female protagonist, but she has an androgynous name, Riley, she dresses in a tomboyish way, enjoys “traditionally male” sports and other activities, and is definitely not a “Disney Princess.” Her emotion-character of “Joy” is female, wearing a dress, as does Disgust, while the female Sadness is female but wearing non-female attire. The emotion characters of both her parents are all male and all female respectively, suggesting some kind of Golden Compass-like “settling” to these gendered emotions. More on this elsewhere, time permitting.

One problem I have with the idea of a male protagonist is the idea of Joy as the central character. Joy unrelentingly tries to take over everything, succeeds until things start to seriously break down, that is, that her easy way of handling things, her stalwart optimism, the idea that everything can be fun and joyful if you try hard enough, which is exactly the speech she gives to Sadness before the first day of school.

I feel that the masculine experience in our culture is less "joyful" in ways that may or may not be easy to express precisely, so I'd be interested in folks' thoughts. I see men as "human doings" while women are "human beings." When I think of a face as being truly joyful, it is a woman's, and I cannot think of a male face that expresses true unfettered joy, which does not include some kind of fulfillment of an obligation or attaining of some objective, that is, a very qualified one.

I mention in my other message that men, particularly the husband, are depicted as oafs, with no serious depth of feeling, but busy creating a big start-up venture on the other side of the country, and those feelings of stress and worry not being depicted at all. As for the selfishly "put upon" Riley, dad's stress is an inconvenience for her, as opposed to a source of concern for the well-being of a loved one, or even of the entire family.

I guess this might be the failing of this model, and/or of the film itself: there is a lack of serious connection between individuals. The emotions holed up in headquarters are peering through screens in a strategic stand-off with others, be they classmates, teachers and other authority figures, or family members. There is no idea, which I see as important to the operation of the mind as a macromemetic agent, of an internal mental effigy of those close to us inside our own heads. This is basic, page one of Mirror Neurons 101, the Dunbar Number, and empathetically modeling the emotions and motivations of all others in tribal or family groups, only investing our trust when we feel we understand them well enough. We model each other in our heads, we don't watch each other like we would a football game and decide to leap up and cheer self-interestedly or place bets. We are more invested than that.

Maybe that's part of the problem I have with Riley being so detached and carefree, and ultimately falling prey to a fairly superficial life set-back (or maybe that's my male "suck it up and deal with it" narrative kicking in again) is that even though she has a "family island of personality," it's precisely that, an island, and it's off at the end of some long filament, and doesn't really do anything apart from being "up" or "down" depending upon whether the right emotion is at the helm and the right "core memory" in the turnstile.

Posted by jayushkin at 10:29 AM No comments: 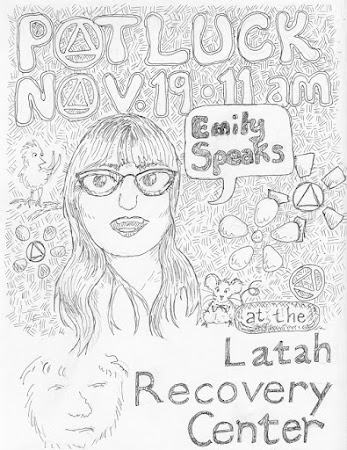 Posted by jayushkin at 5:30 AM No comments: 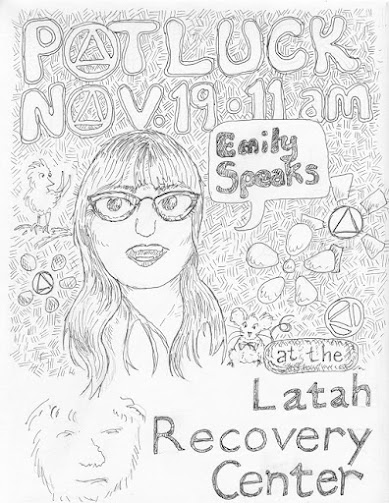 Posted by jayushkin at 6:30 PM No comments:

Posted by jayushkin at 9:11 PM No comments: