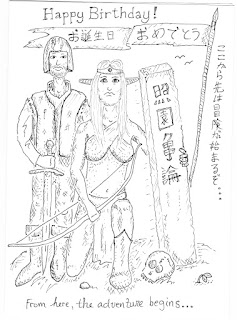 I made it for my nephew

Posted by jayushkin at 6:18 AM No comments: 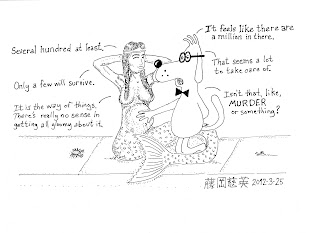 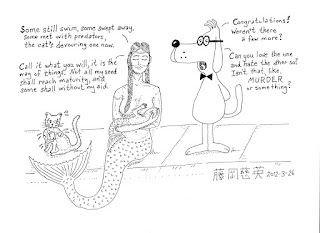 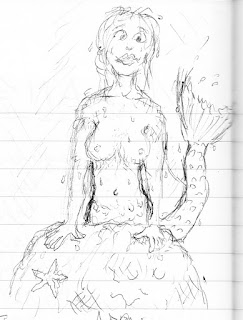 Posted by jayushkin at 8:25 PM No comments: 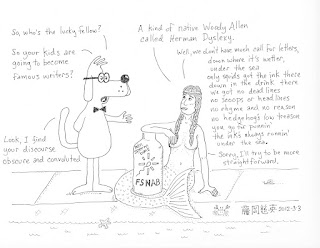 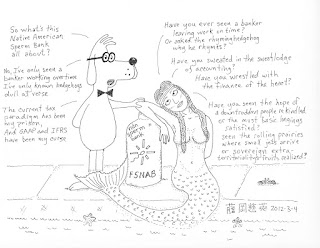 Posted by jayushkin at 3:52 PM No comments:

A big problem with attacking an entire group of people because of their professed religion, which is exactly what Hitler did, is proving that they all think the same, that they all agree with and support some small group that claims to somehow act in their names or on their behalf. If we're going to be relaxed about that one, then this putative future American leader person will have to throw out the Buddhists as well. You see, a bunch of Buddhist fanatics, the Ohmu Shinrikyo, attacked the subways here in Tokyo with poison gas not long after I moved here. Thousands could have been killed, including some of my friends -- imagine a packed morning rush hour Japanese subway attacked with poison gas bombs in four different locations. As it turned out less than a dozen were killed, although over a hundred people went to hospital. The trials and manhunts continue even to this day, although they've died down. It was a kind of Japanese 9/11. They had plenty of poison and they got it to the right places but I guess the deployment wasn't quite perfect so it turns out there were more United 93s than not and only a few bereaved families.

Obviously these people espoused the teachings of Buddha, as did their leader, Shoko Asahara, who was arrested shortly after. So it's a no-brainer that anybody who is a serious Buddhist believes in what they did and that it was right, right? Of course we don't want anybody who believes in Buddhism in America, since they support terrorism and would probably participate in acts of terrorism if given the chance, and since Buddhism isn't related to Christianity and Judaism, which are the founding religions of the United States of America, they can't be trusted, right?

Again, the flaw here is that the guilt of a bunch of fanatics is somehow automatically borne by an entire population who happen to be loosely associated by way of shared profession of religious belief, however distant, or ethnic group. I live in fear of the day that a bunch of fanatical redheads hijack something and I'll be tarred with the same fanatical brush, by the way.

I guess if you need to hate and oppress some group then any old excuse is good enough.
Posted by jayushkin at 3:45 AM No comments:

Go to any post office in the US to see what is perhaps the most blatant and cruel example of institutionalized sexism in existence. And it's one which it may be impossible to eradicate. The equivalent exists in every country on the globe, almost certainly without exception (Israel is kind of a special case of which I'm aware and there may be others, perhaps not).

The gender discrimination I'm talking about is, of course, military service. The latest catch cry is "A Man's gotta do what a man's gotta do." The thing he's got to do is to sign up to be subjected to rigors and hardships which even prisoners these days are spared followed by the real risk (and often the certainty) of being sent to the most hellish places on Earth to be maimed and slaughtered with a brutality and cruelty which for the most part we spare animals and even insects.

If war weren't horrible enough, the fact is that we may be stuck with it.

Some benighted folk can only see the superficial outward appearance that war happens because of religion or even economics or some other. These are almost certainly nothing more than superficial justifications and excuses. It's almost certainly more true to say that when there get to be too many people for the resources at hand and the technological ability to exploit them, societies are thrown into Malthusian conflict with one another in an exercise in reducing the total population. The most efficient way to deal with the problem is, rather than slaughtering large numbers of one's own population (although this is often done), sending large numbers of people from each side to murder one another. It's stupid and suicidal to send the women since they will produce the next generation (and very few men are required to help them do it), so the men, who also make up half of the population, are sent to in large part to be removed from the equation and give everybody left some breathing room. One ostensible objective is that one side or the other come out with fewer casualties and sort of wind up in the "dominant" position, but this is a very secondary consideration.

Another quandary at which many people shake their heads in tearful incomprehension is the tragedy of sending our youngest men, mere boys, really, in the very flower of their youth, to perish by the thousands in the trenches and on the battlefields.  What a waste, a whole life thrown away, lost innocence, and so forth.  In the Malthusian view, nothing could more obvious.  Young men have their entire reproductive lives ahead of them, while an older man may well be past his and will probable die off soon, so it is the young men who have to go.  If the objective were merely to win the war and come out on top, it would make sense to send the old men, more experienced, more of their lives behind them, already made their contribution to society, but this is apparently not the case.  That older men have more political power than older men is probably mere window-dressing.  In my own case, I am an older man and I have next to no political power, and no more than my peers or anybody else.

The "victor" will typically rape the conquered female population, imposing some of its genetic heritage upon the vanquished. Oh, by the way, surviving men in the vanquished country, combatants and non-combatants alike, are typically slaughtered as well. It's a man's life.

It's brutal and horrible for everybody, but by far and away so for the men.

Sexism and discrimination against women, although often terrible, I believe are perhaps without exception social constructs which can and will be eliminated. Men, and only men, being pressed into being soldiers may be something that we will never be able to end, certainly so long as we continue to allow overpopulation and war. In that sense, maybe religion is partly to blame after all, insofar as it oppose women's freedom to control their own reproduction, moreso than when it inveighs against the heathen and infidel. Women themselves must also be responsible when they do have the freedom to choose.

Even still, we may be stuck. As such, men must continue to be conditioned from a young age to be brutal, unfeeling killers. Whether we are at war or not, this does not have a positive impact on women, certainly not on men, on our economy, on our political institutions, or on our society in general.
Posted by jayushkin at 7:29 AM No comments: