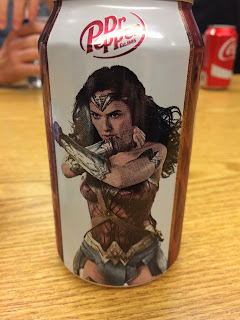 I was dying to watch Wonder Woman, asking every few weeks "When's Wonder Woman going to release" and on and on. It was the only movie (so far) I've ever seriously considered camping out on line so I could see the very first screening.
Then all this pseudo-feminist rhetoric kind of took the wind out of my sails. I still haven't seen it.  I'll voice my disagreement to this vapid article in the 360 at some point.
Basically yes, we care if female superheroines have love interests, if they have cute and sexy costumes, and so on, because male superheroes cannot have any of those things! Male superhero movies are boring! They have no love interest because she's either a 2D vapid arm candy, or she has at least half a brain and is continually frustrated with what a boring no-personality schlub Super-Dude is, and he never changes.

We can't talk about Superdude's costume, how it's tight and flatters his body, displays his package well, or how craggy his good looks are, because that would be homoerotic, and (American) men are not allowed to do that.  And by that, I mean they are actually killed (dragged behind car, set on fire, beaten to death) by other men.

Women need to recognize this.

ONLY YOU CAN UNDERMINE HOMOPHOBIA
(and the "Patriarchy" it supports!)

Anyway, I could go on and on, but I'm sick of so-called Feminism ruining everything.

Another thing that makes a character like Wonder Woman interesting is that a woman struggling and risking death is that the death of a beautiful woman is a compelling subject (see E.A. Poe), while Superdude dying is "been there, done that." 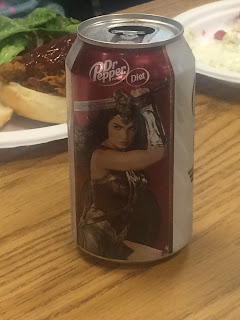 Posted by jayushkin at 4:35 AM