we tried to group the "phrases" logically, to make it easier to memorize 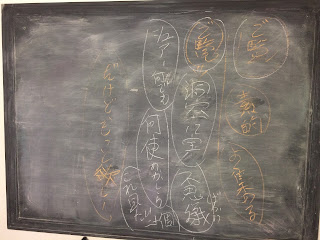 she lists all the treasure she has, up to "dakedo" she wants more. 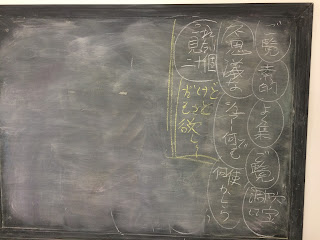 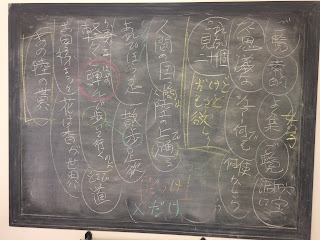 compress it, and go on to her ideas about the world of men has cool properties 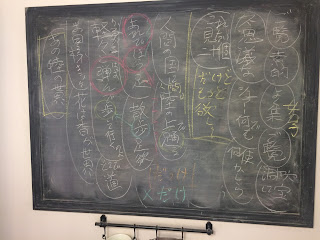 There are some interesting grammatical phenomena here, and some new vocab 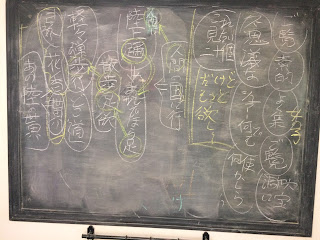 Organize how the song flows from one idea to the next, often changing the reading of the same kanji, e.g., "san-PO" and "ARUku" 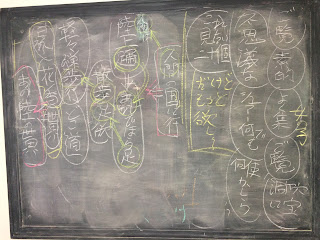 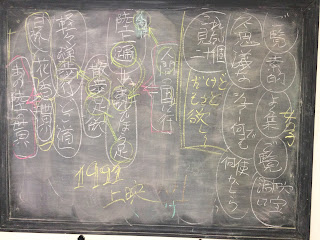 There are two song versions, 1991 and 1997. We'll look at the latter one next time, and compare the two for their changes. 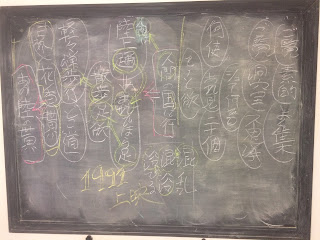 organize the right side (first part of the song) into stage-wise development. 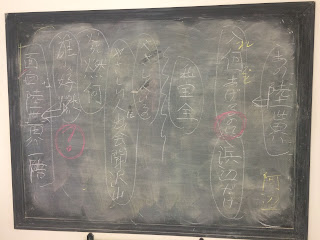 Posted by jayushkin at 8:30 AM