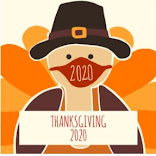 It looks like a slight downtick in growth rates, which appears to have started just before Thanksgiving. The peak was earlier in Idaho for some reason (around November 8), later in Texas (November 21), and the whole USA appears to peak around November 17.

Of course, we won't see the fallout from Thanksgiving and Black Friday until the middle of December.

Obviously, the numbers across the board the numbers are still growing strongly and steadily, which is not good. The blue curve is still climbing on an increasing upward slope. Hopefully this will flatten like back in September, and eventually go completely flat. So far no sign of that. 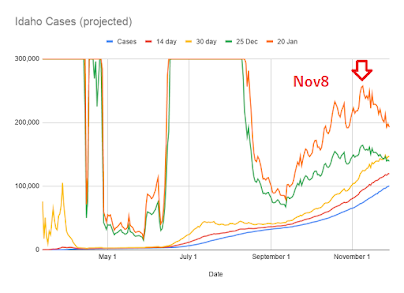 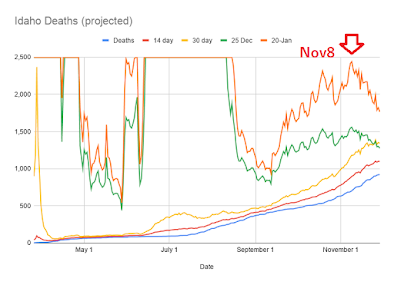 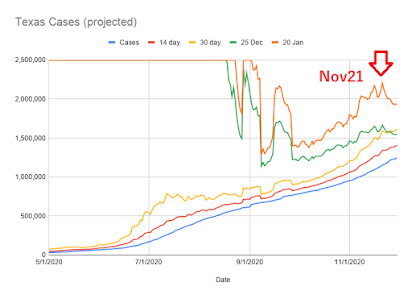 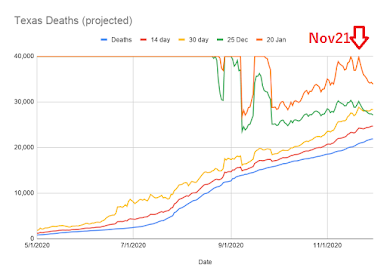 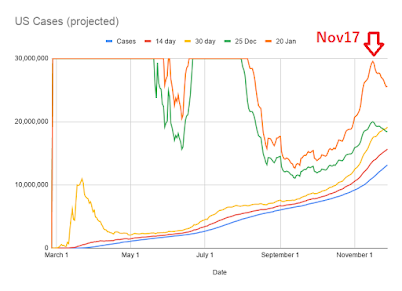 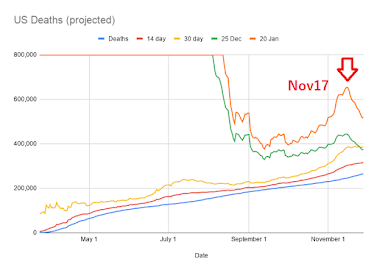