Late again, but it's just after midnight, so it's still the June 19th post. 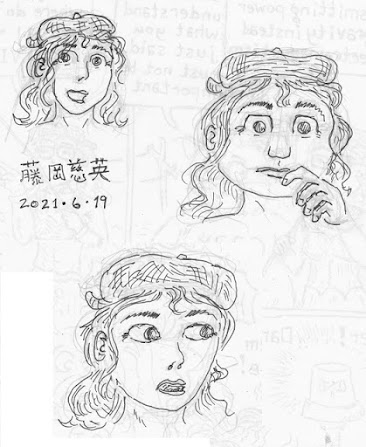 I need to spend some serous time working on my characters. I feel like I've really lost it since I was doing Porcadis Comics every two days. I need to just bang on them every day, for some serious amount of time, and not just slip it in last-minute. Maybe I need to do some mini-vignettes.to practice poses and expressions and such.
I think I want Lulu's hair to be more curly. Not just wavy, but maybe that's wrong. The basic design is with cheveux bouclé.