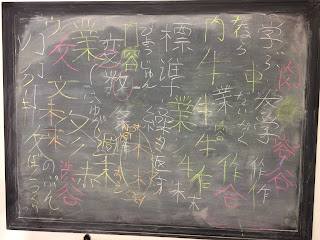 Some vocab: 標準 typical, standard, norm
変数 variable 条件 condition (if:then, etc.)
内容 contents, point, substance
similarity to 谷 and 合
末 and 未 have similar meanings, and are similar in appearance, so one needs to study them and link them appropriately in one's mind 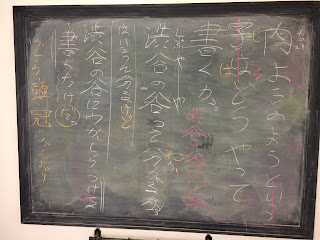 How to ask how to write a kanji, based on knowledge of another (see similar kanjis above) 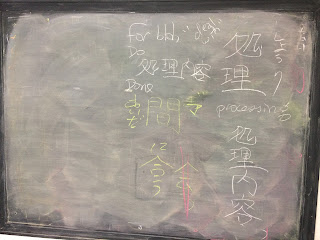 Some vocab (with English actually on the board...!) 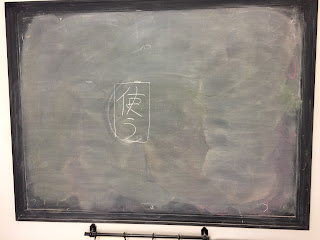 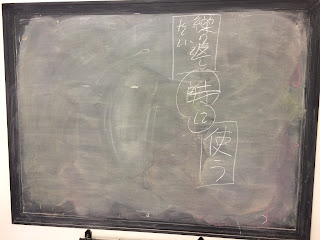 add the one real modifier to the verb 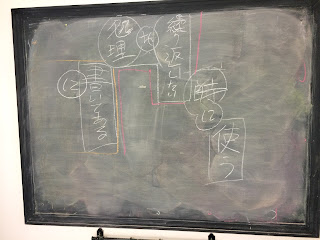 Kurikaesu is effectively an "adjective clause" modifying "toki" and although the verb is adjectified, we can hang declined noun phrases off of it, here, "sho-ri" 処理 (processing).
Kaite-aru is a dictionary form verb phrase which effectively also acts as an 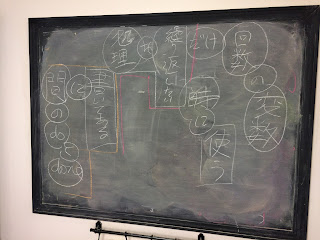 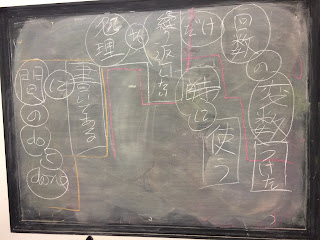 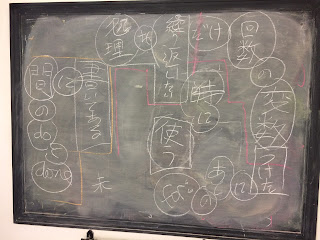 Wrapping up with the "for:" and where it goes. 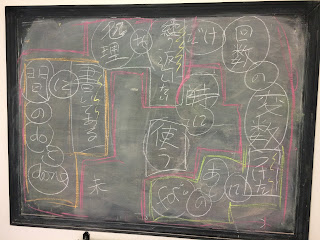 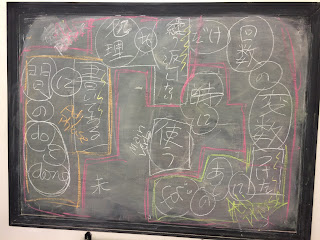 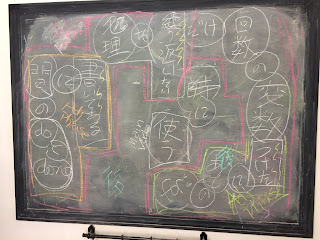 "ato" 後 is really a noun, and "no" can modify (attach nouns to) other nouns, and so the "ni" connecting to "tsuketa" makes a bit more sense

Posted by jayushkin at 9:18 PM