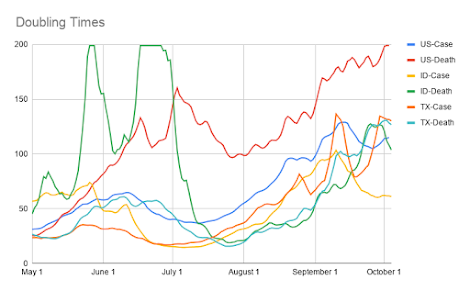 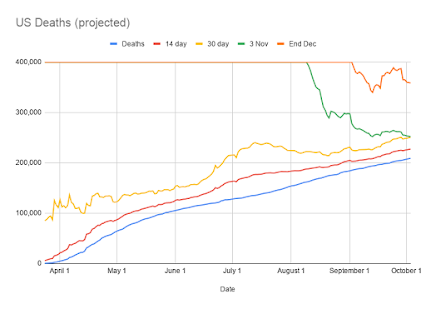 Here it looks like by Christmas about 350,000 Americans will be dead by Christmas, but the trend seems to be downward at the moment, but that trend may change with more "indoor life" and Thanksgiving and Christmas and travel and family gatherings. One could be forgiven for thinking that things may get worse.
Posted by jayushkin at 12:45 PM