Where, dear Jay, could an objective, intelligent, productive, informed-with-all-the-varfiable-facts ongoing conversation on all this wonderful stuff you have proposed below take place in our society as presently. organized? It could start with Our Dear Leader's plan to revamp Patriotism Education [you've hear of that?] where a whole generation of Americuns could actually, read, discuss [debate even?] WHAT THE FUCKING PROBLEM IS>>>>>>>>>>>>>>> I'm not sure our public [or private] education systems have any incentive to tackle this except to feed the FES (1). I mean how would we arrange for daily time to invest in such a life-time journey. I mean hopeless alcoholics - the 3% who ever get to an AA meeting much less stay in sobriety - work towards critical thinking, but usually not much past trying to avoid dying by going to a meeting, calling someone in the program, praying [fuck! Praying????] Maybe I'm out of touch [reading the New YOrk Times ya know] with the real people who are in their 20s and 30s - who will soon be either running the world or running from the next fool we elect..... BUTTTTTTTT - thanks for your effort to respond to the implications of the Breanna situation in my daughter's hometown.....
=========================================
A big issue in opening any kind of dialogue with change as an object is sorting out who's going to get the credit or get their image improved. It's like the good is the enemy of the best. Political realities impinge on what should otherwise be best efforts at best decision making. Yes, there are people at the top for whom getting it done right and getting it down their way....wait, what was the first one? In some cases it works to play ball, and in other cases find people who are more reasonable in the fracas. President Trump, for one, seems more like "...what was the other one?" and "my mind's made up, don't confuse me with the facts".
If we are being deliberately tricked or our votes taken away, then fixing that should go a long way towards righting the ship.
================================================
Here's what we're dealing with:
Until we stop this from happening, we will never have any choice in who are rulers are to be, we'll have democracy in name only.
The Voting Rights Act was nerfed in the Supreme Court (in 2013) in that it ruled that it was not egalitarian, warranted, whatever you want to call it, for Congress to continue to have specific oversight on certain short-listed States which were bad actors vis-à-vis voter suppression and Gerrymandering, and so Guess What? these same States and others put on their crazy hats and went all cuckoo-banana-pants on their districts and disenfranchised something like 90% of African-american voters in some cases.
That's your Democrat Party franchise right there.
We can't expect our representatives in either party to fix this for various and sundry reasons (like, gag me with a spoon, there are like, soooo many, I totally can't even). How can we ask them if we are not prepared to draft legislation ourselves? If we don't have that level of understanding, then how can we ask it, or judge the results?
Federal or State and local? State might be better, actually, but the text of the law would be the same. There are other voting-related inter-State codes floating around now. One is trying to work around the Electoral College, and as I've said, I think a lot of people are engaging in BadThink about that. Did you read my short story on the Electoral College, by the way?
Ta,
Jay 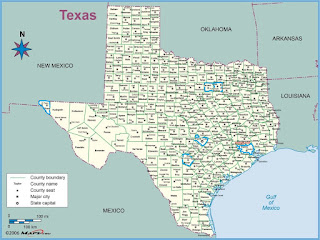 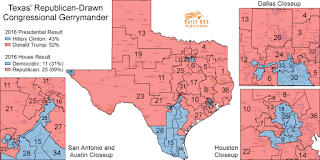 Posted by jayushkin at 4:14 PM