I went to Sakura-Con as a panel and interview interpreter.  They put me up in a hotel and comped me my expenses. 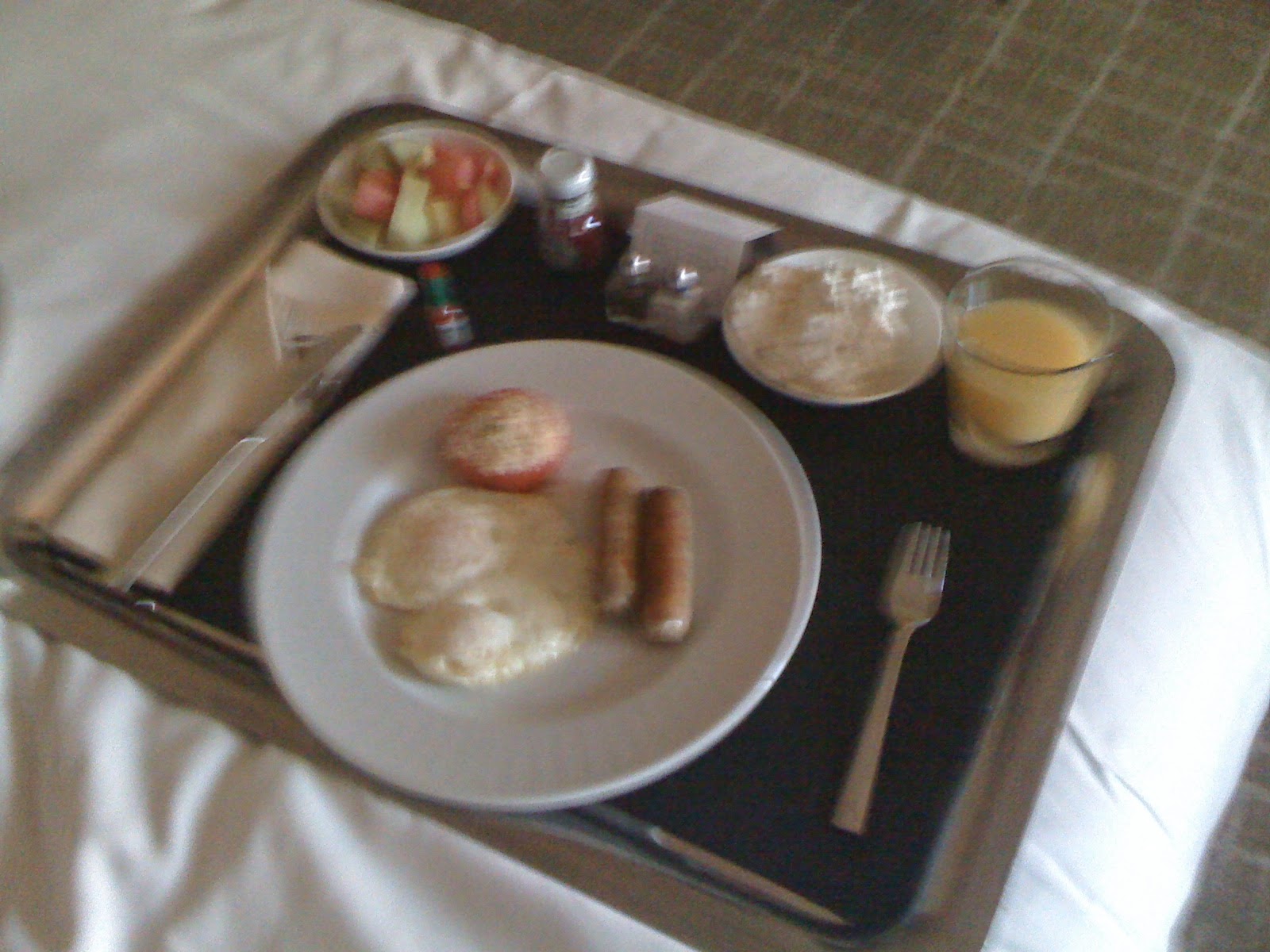 I could see the Space Needle from my window.  Note the flag at half-mast. 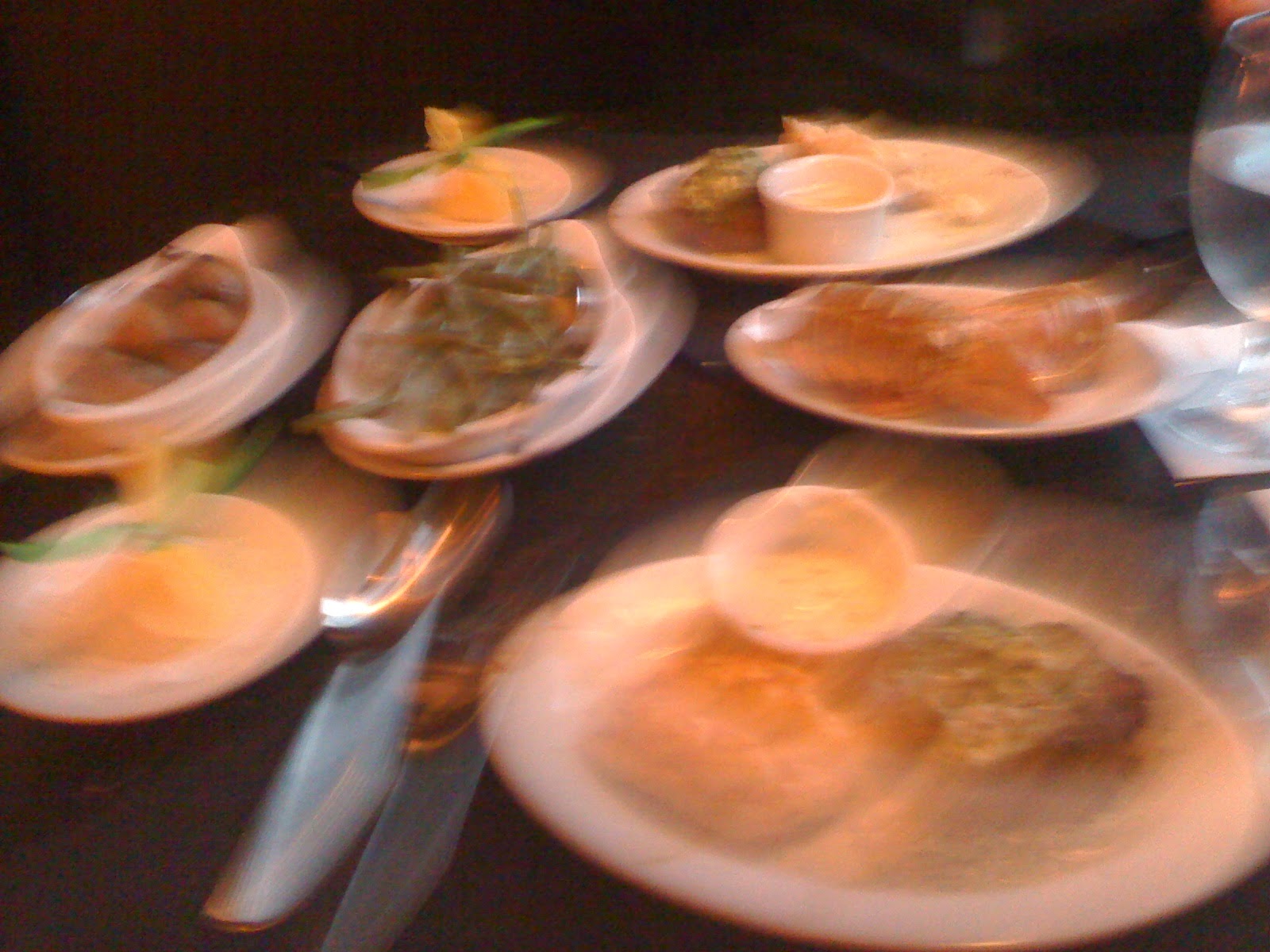 
A couple of random shots around downtown Seattle 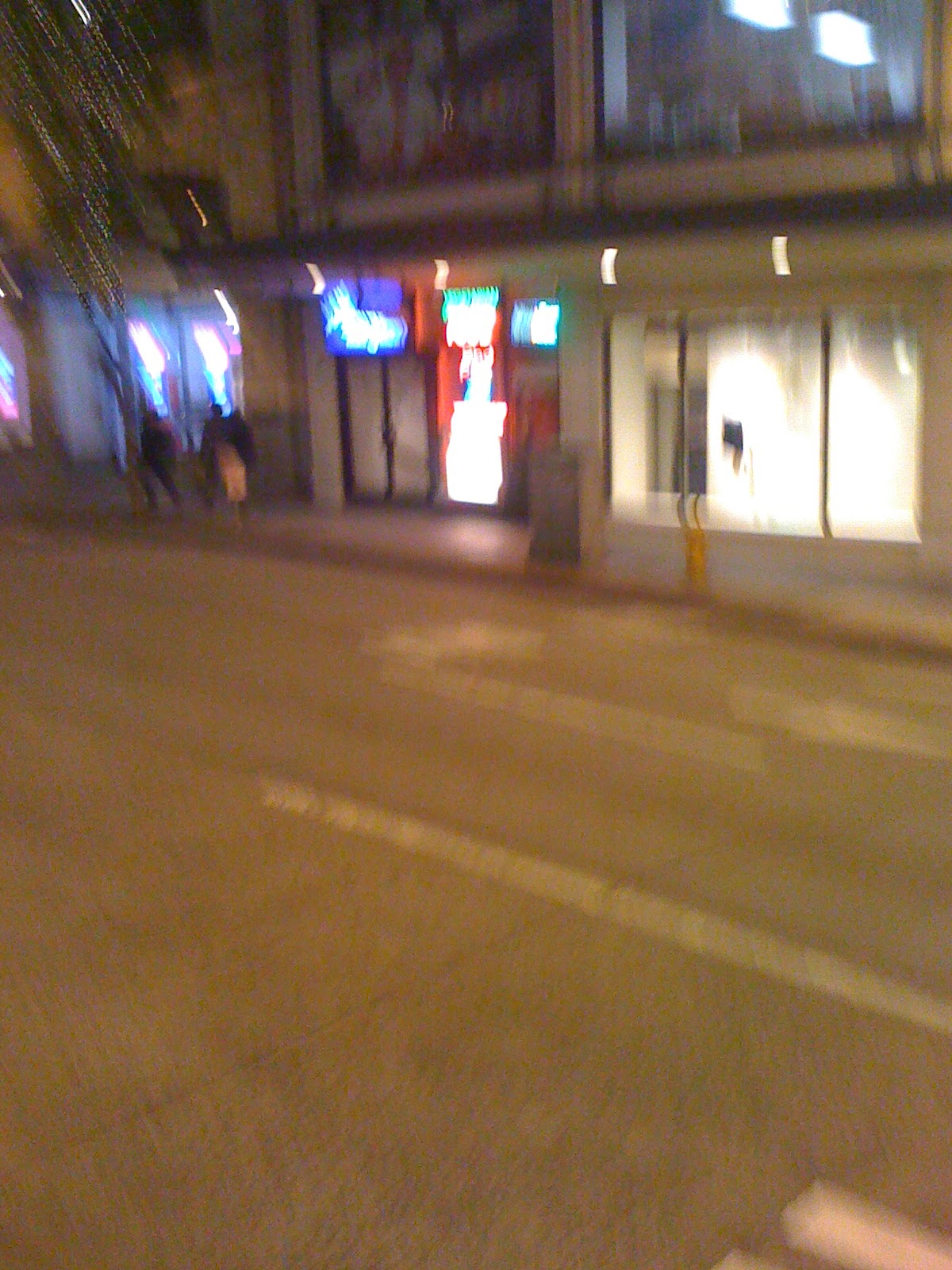 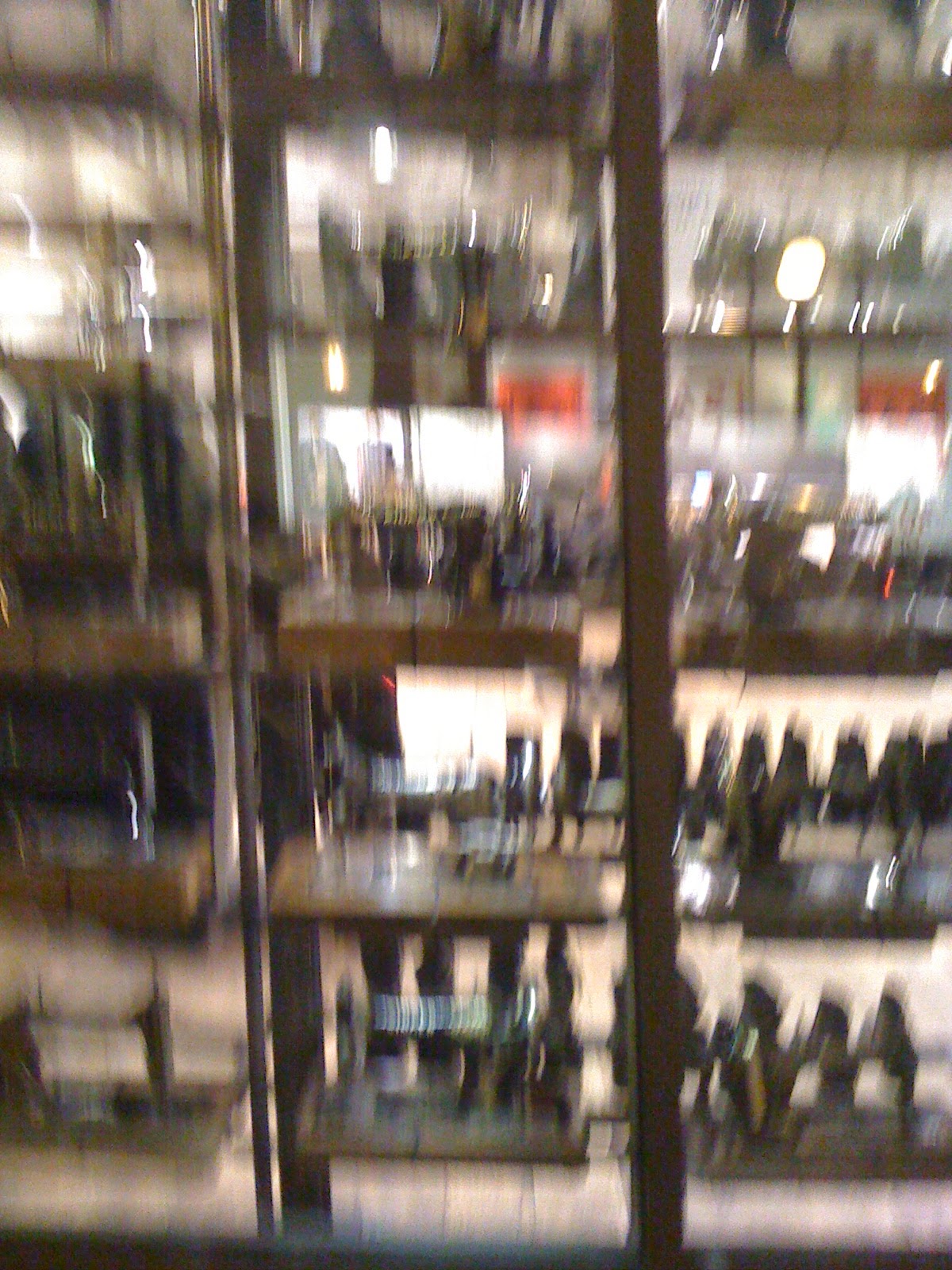 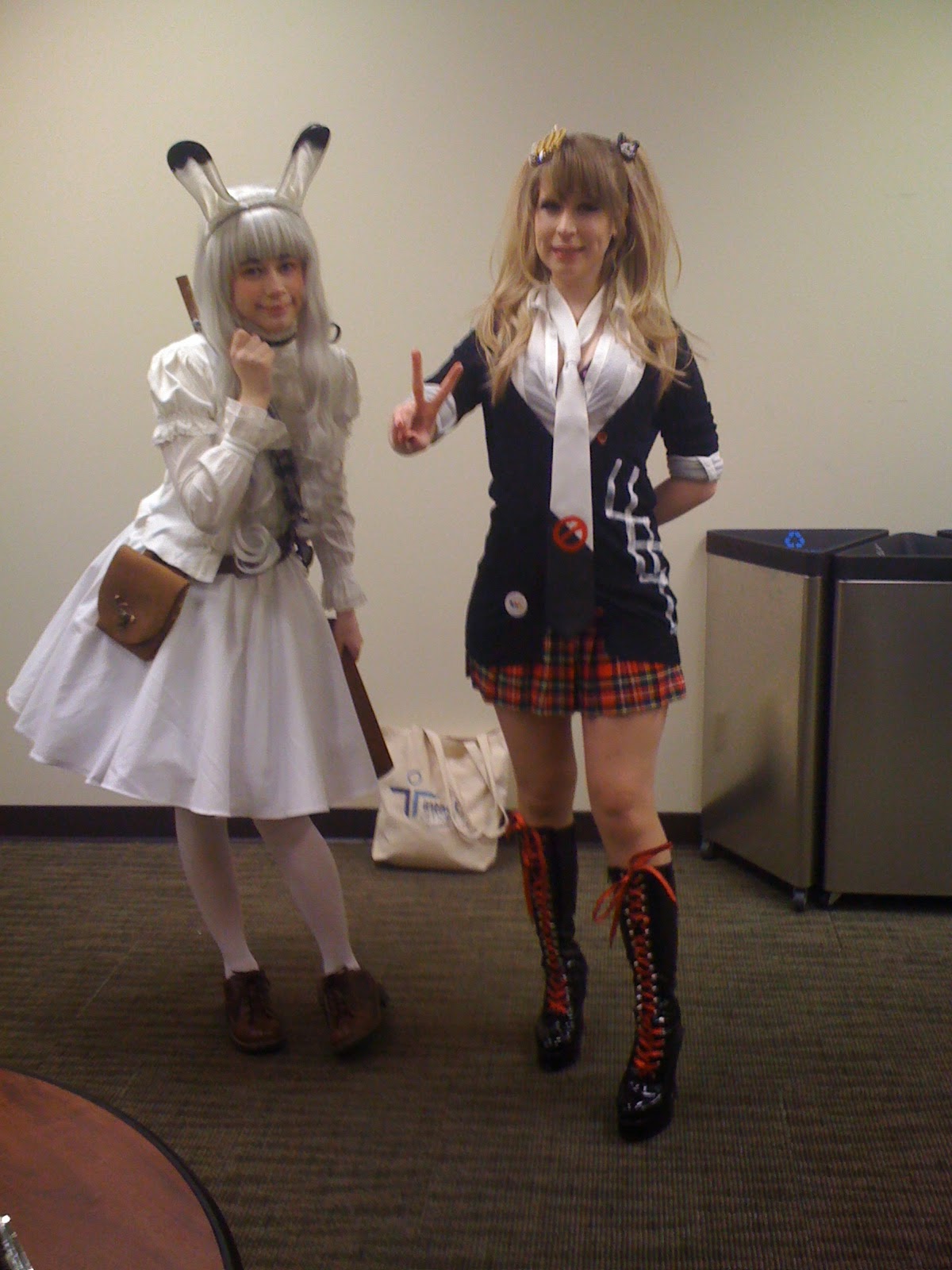 These two girls, Aileen and Audrey (?) were the daughters of one of the senior Con managers, and were watching the Green Room the whole time.  They lived in Japan for a number of years, went to Jr. High there and such. 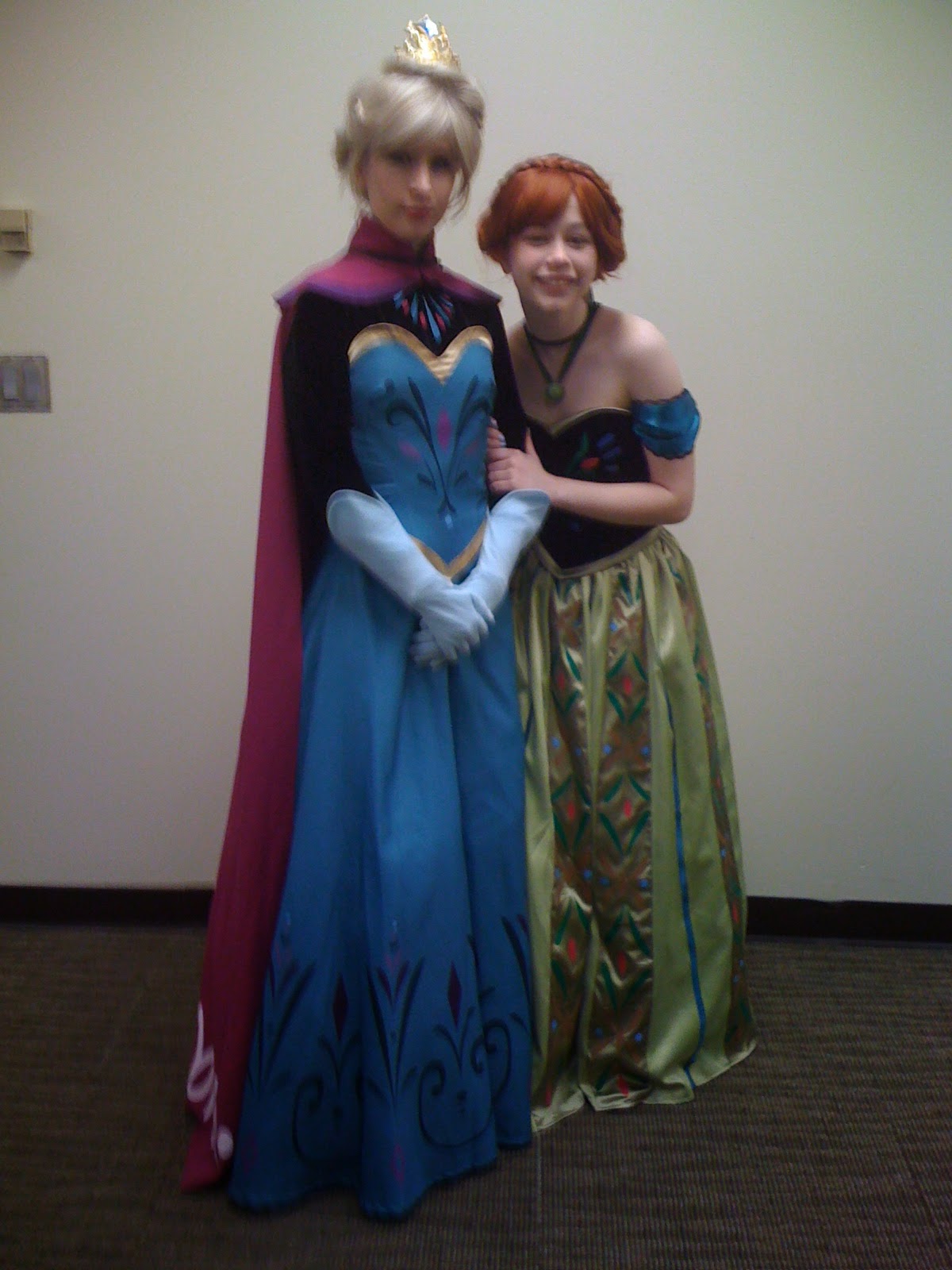 These two Green Room Girls cosplayed something different every day. 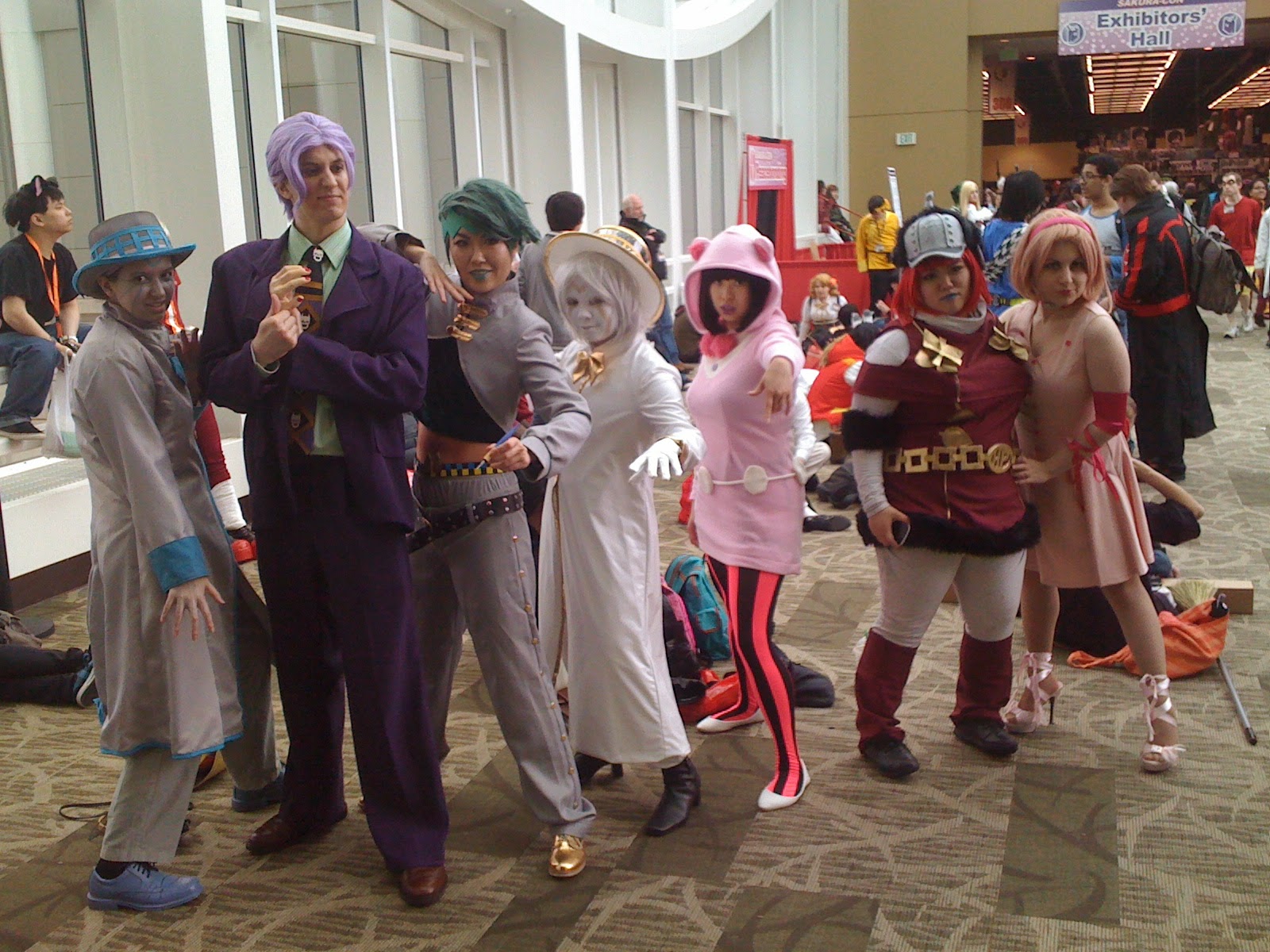 I just had to get a shot of this group. 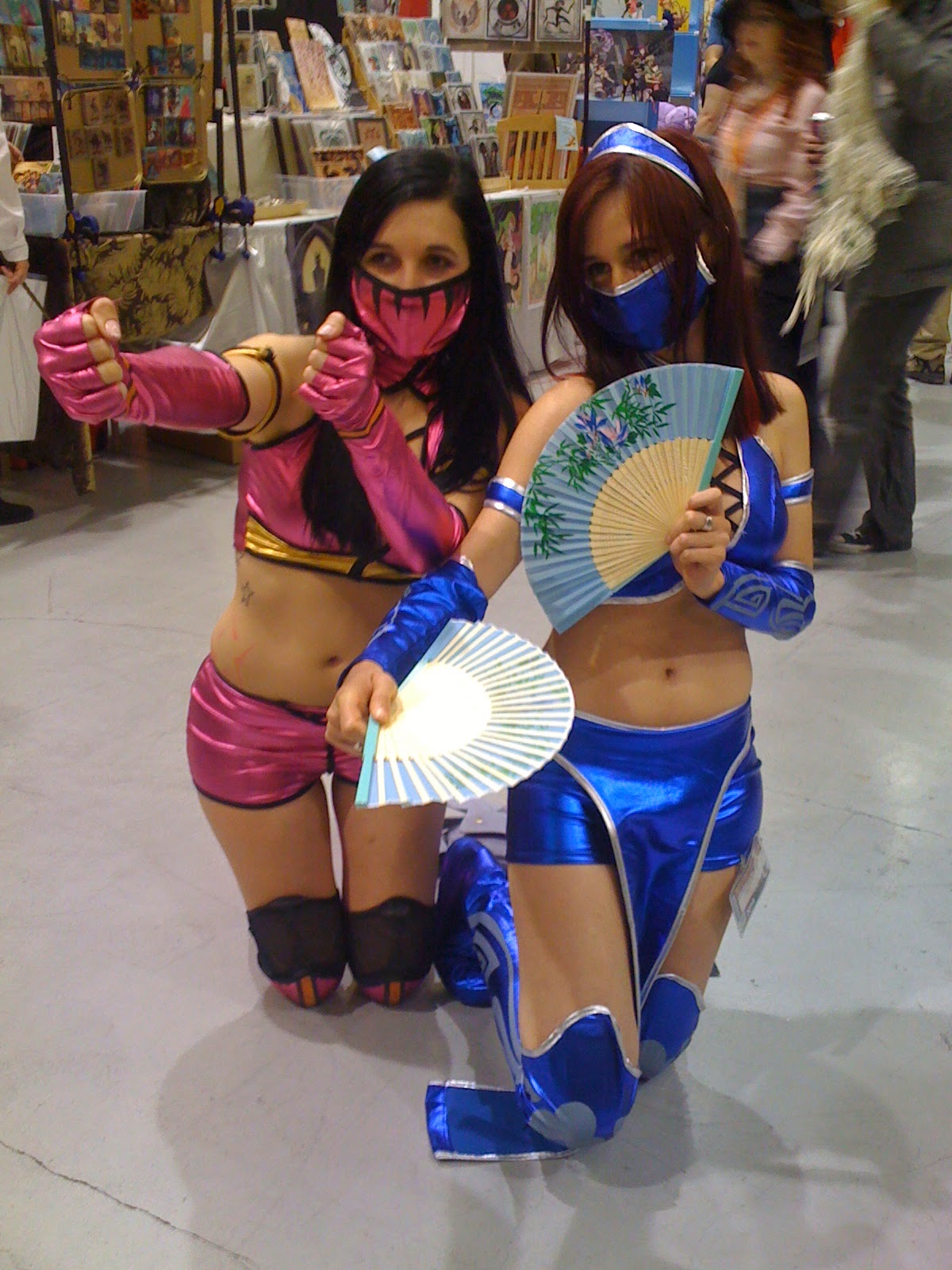 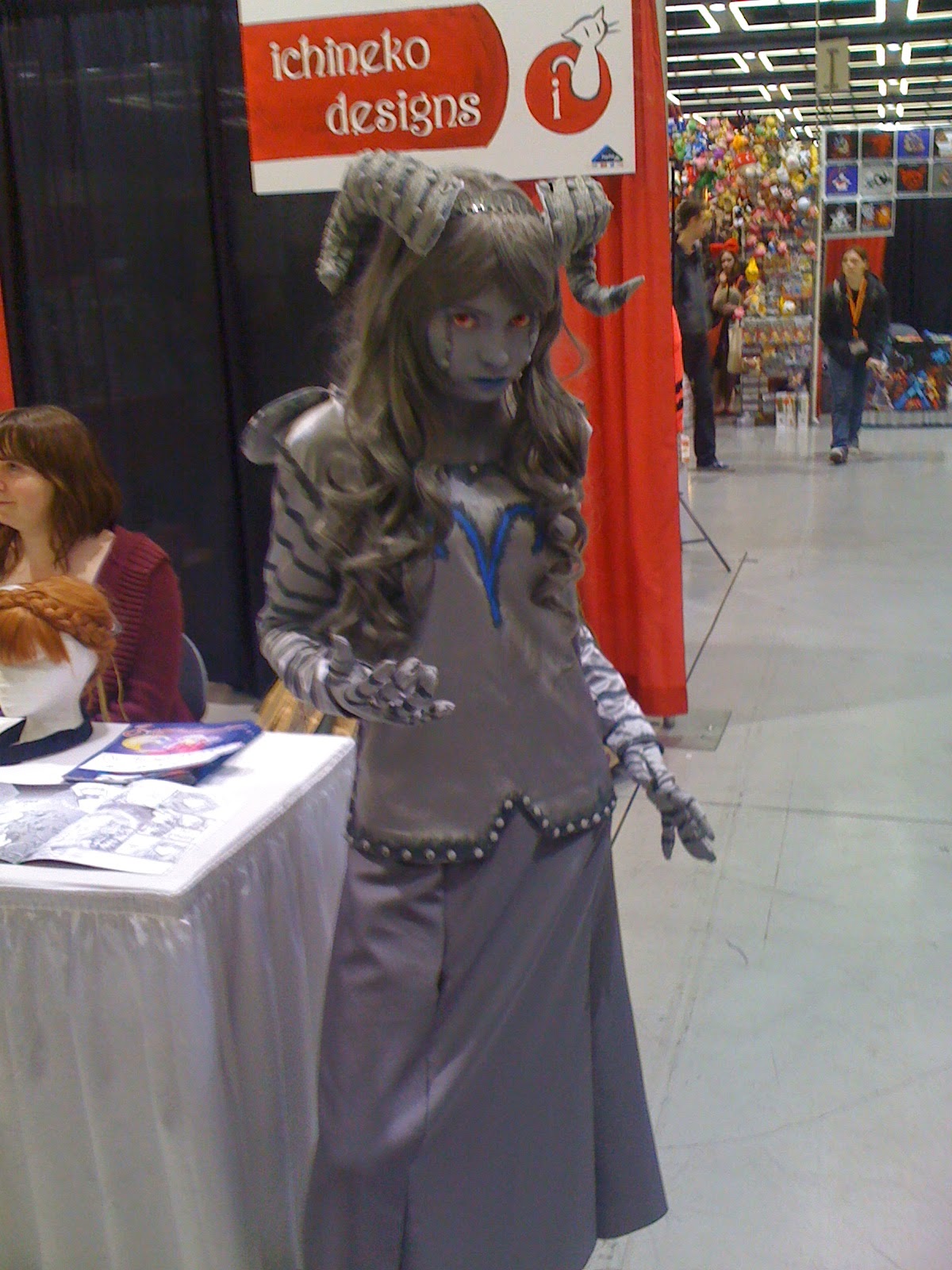 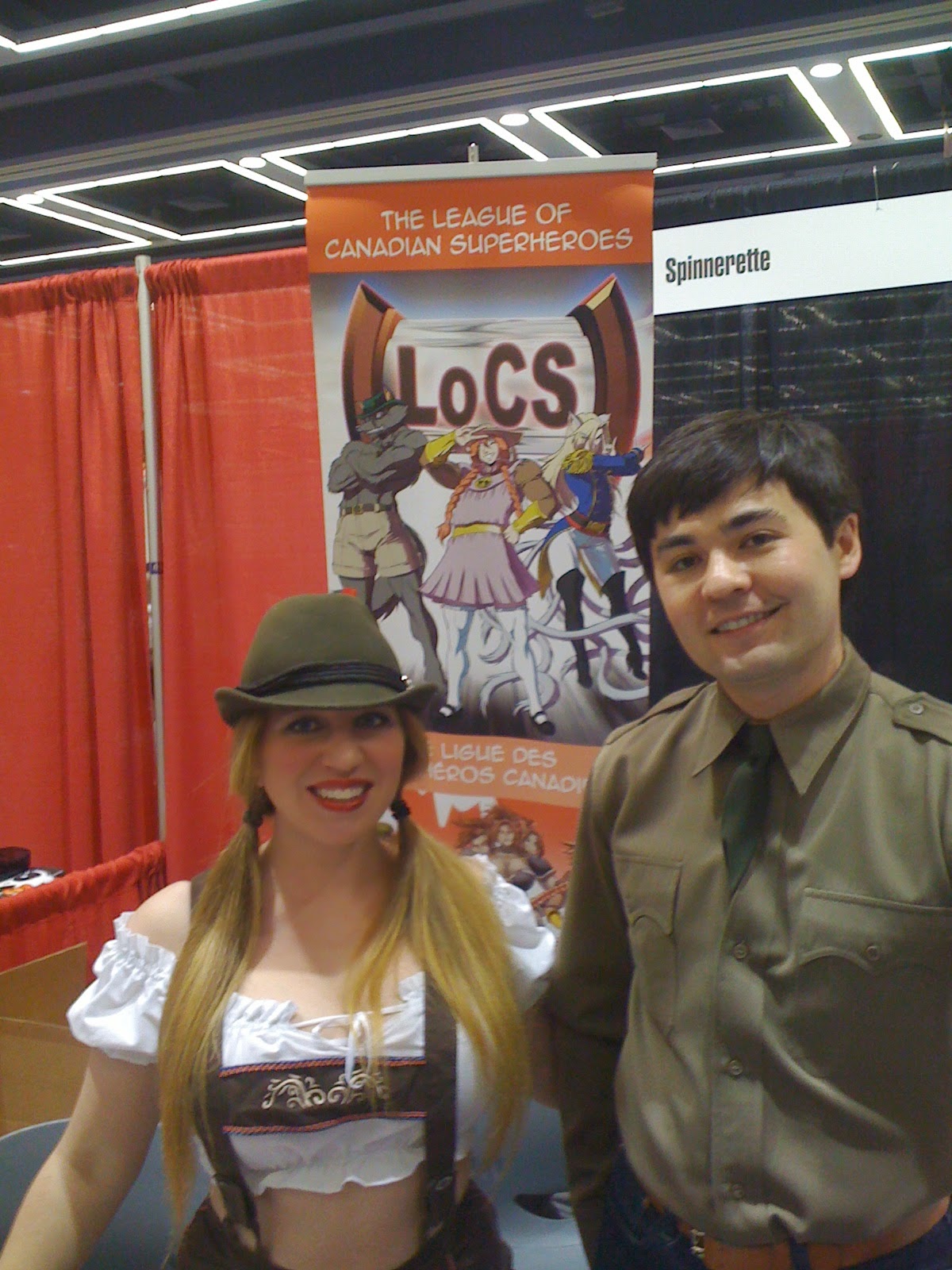 These folks had a really interesting indy comic that I think they kickstarted, with a big team, and for quite a big sum (did they say $80K?).  The young lady is one of the owners and is cosplaying one of the characters, Greta Gravity, who can control gravity (like Magneto, and like in my comics, no?). 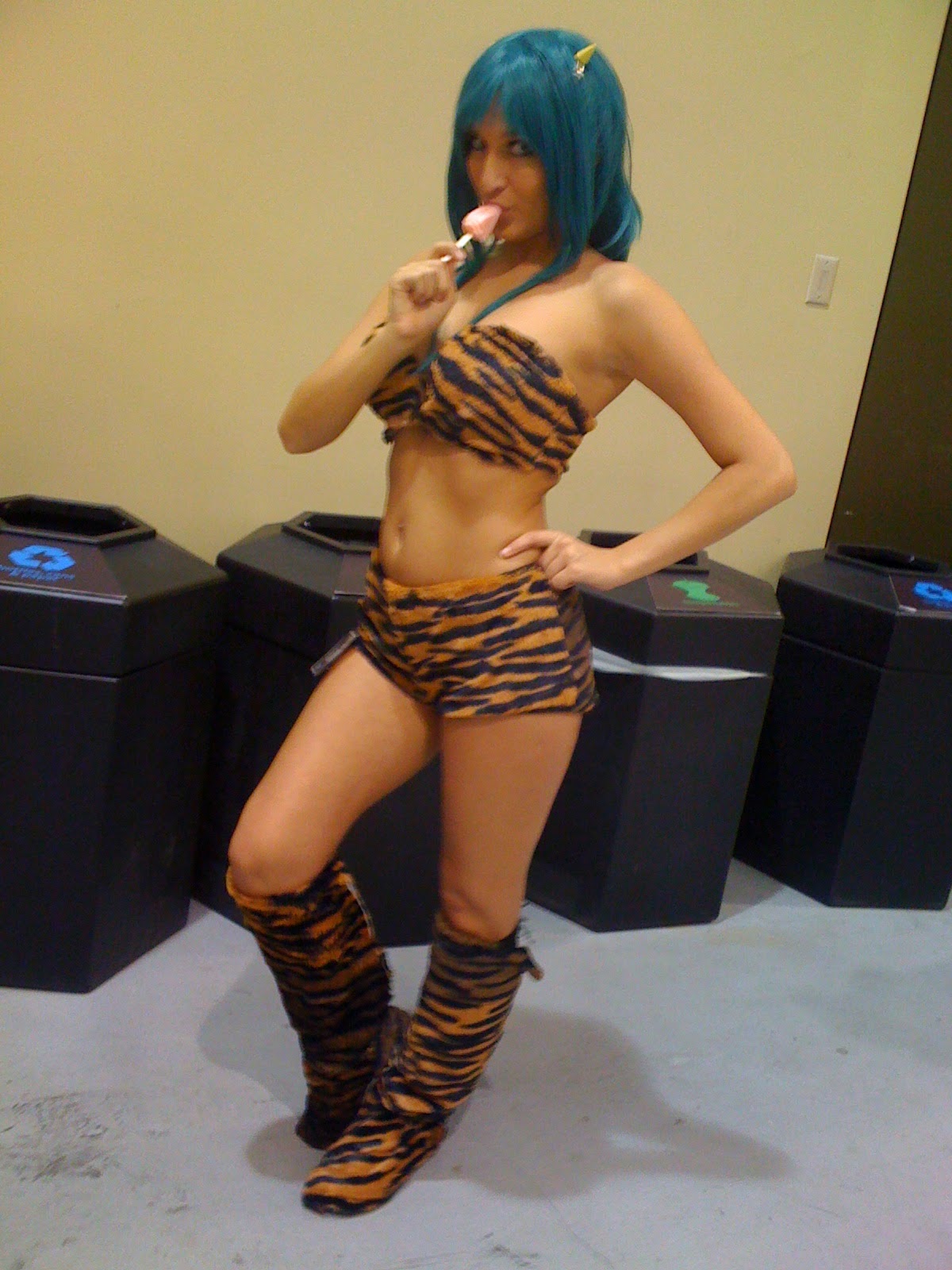 "Lum-chan" from Urusei Yatsurei.  Old School.  One of my favs.  With abs like this, ya gotta share 'em with the world. 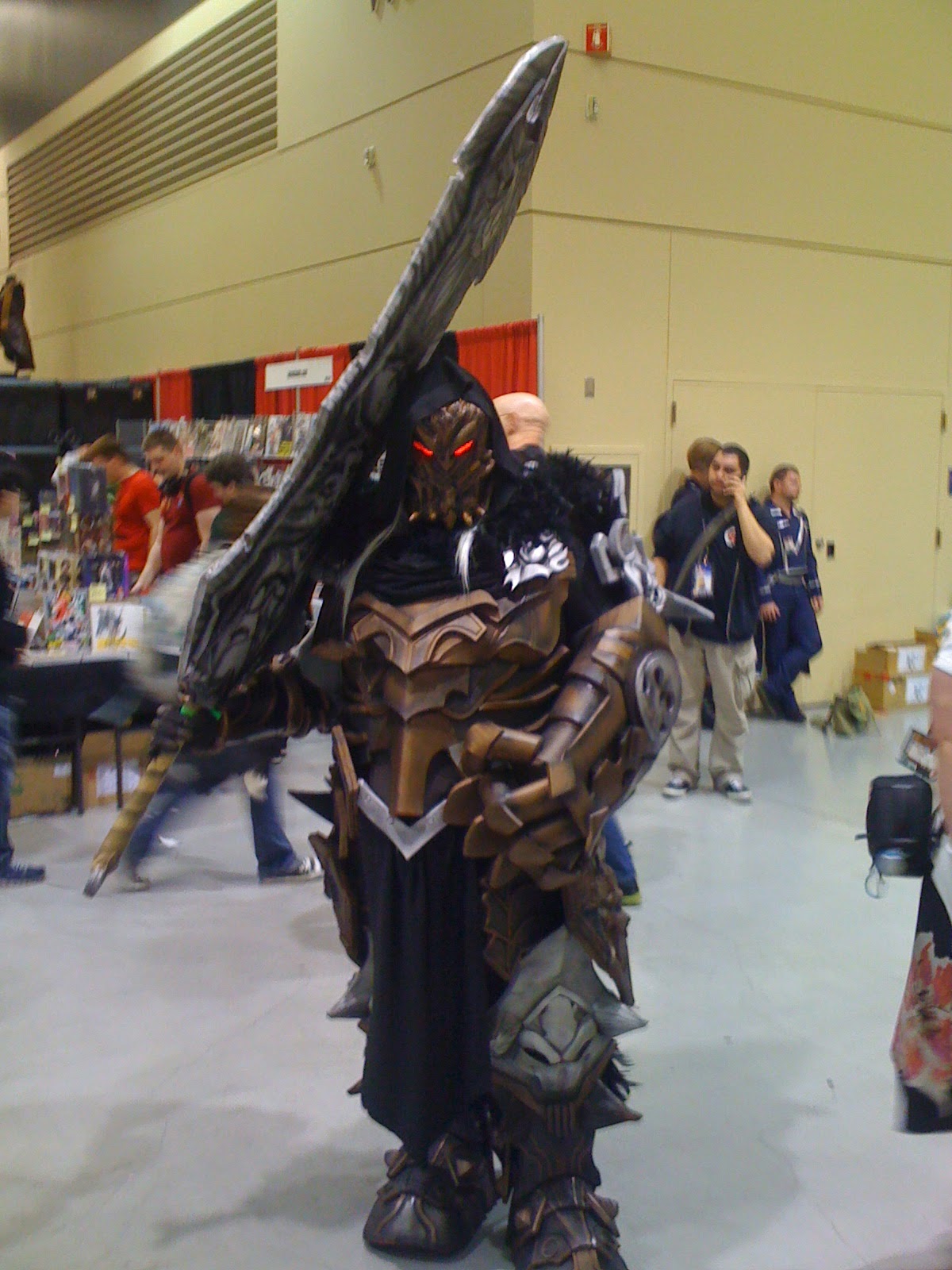 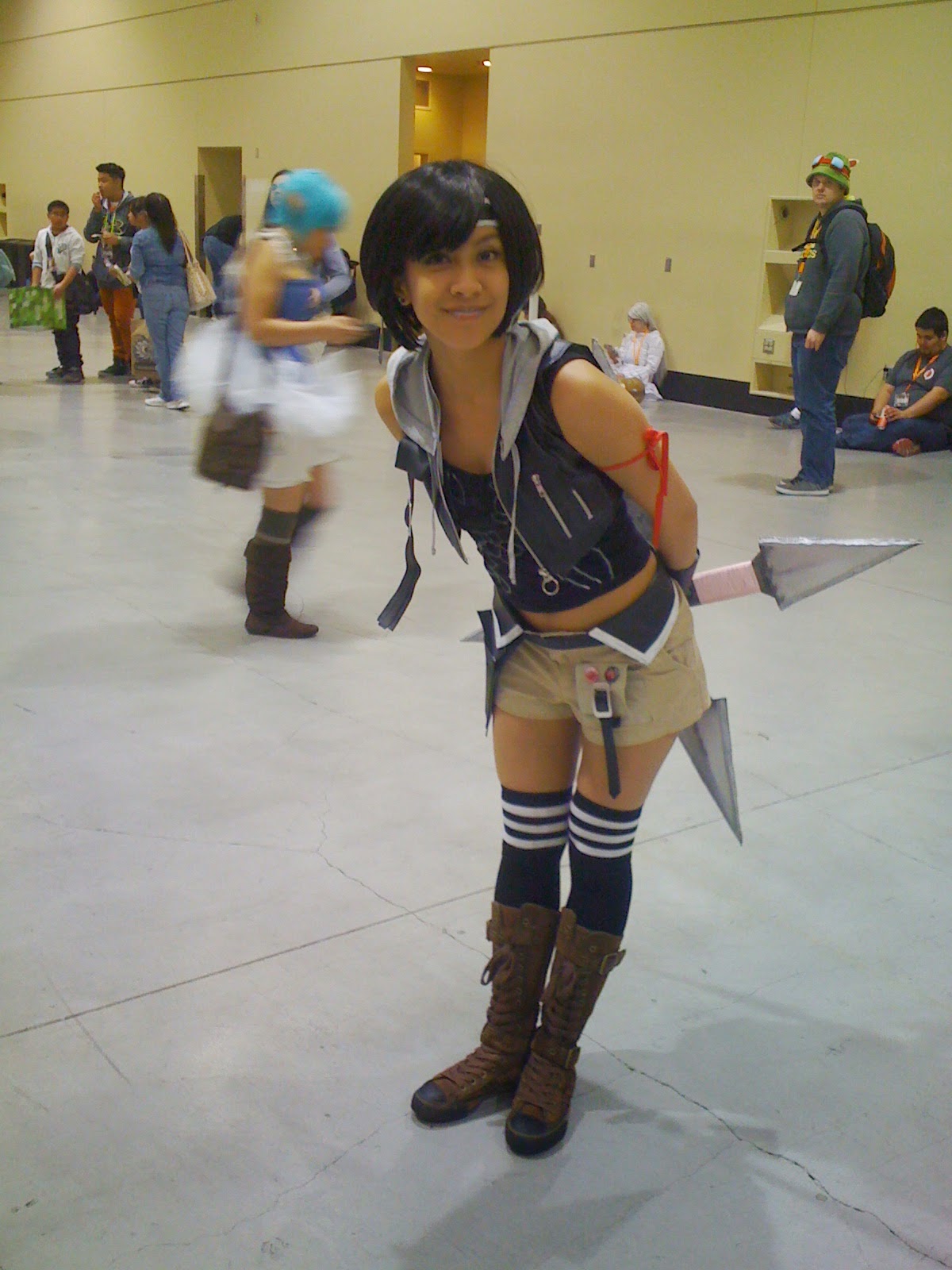 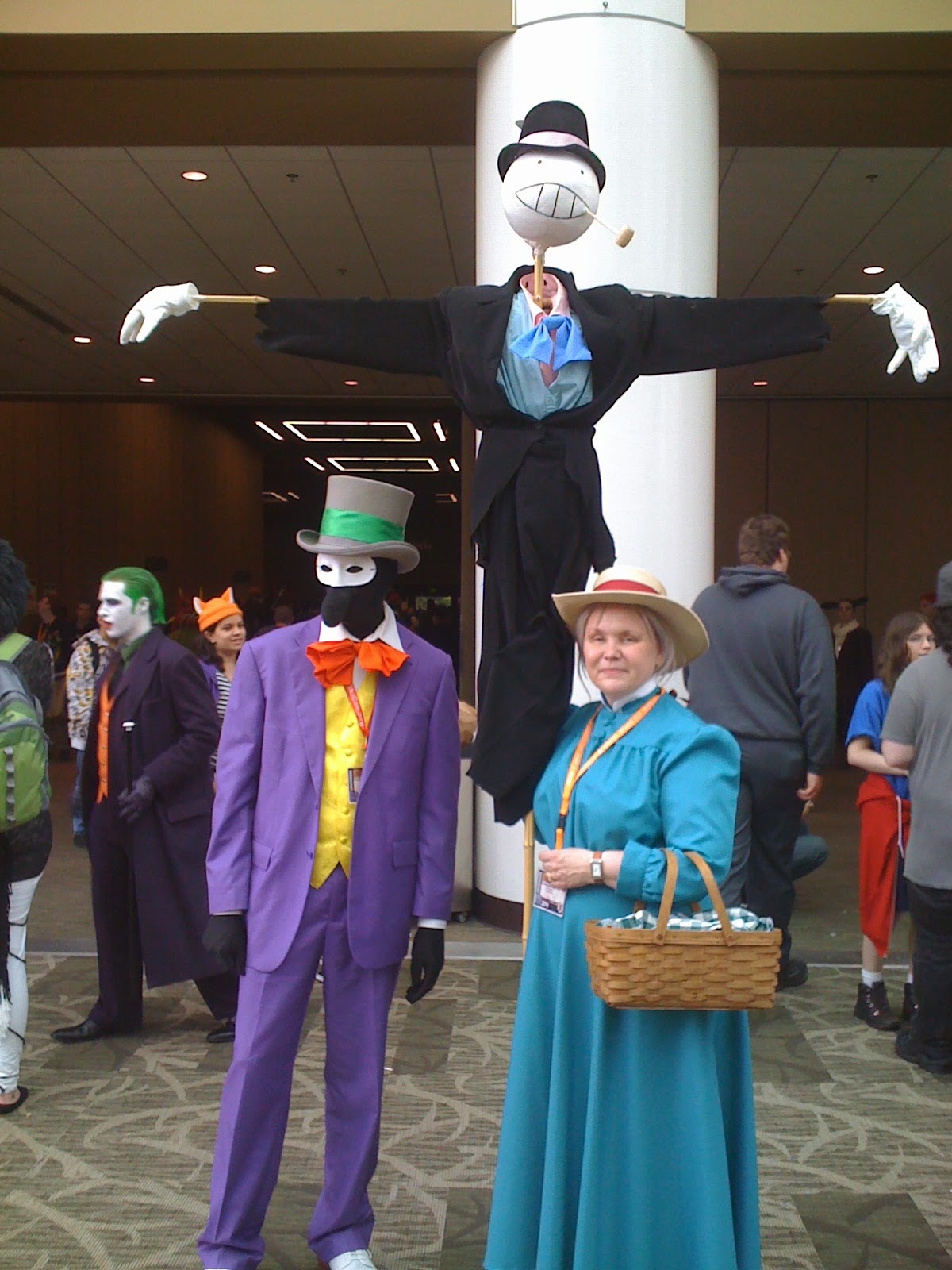 Range Murata-sensei drew me this picture at the first guest dinner. He just jotted it down right in front of me with my Sharpie® while I watched. It took him just a minute or so to do it. 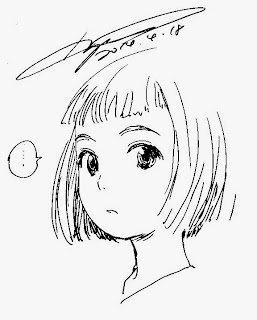 This was completely unbelievable! He explained his and his team's whole creative process on three of his more major, well-known projects: MD-Geist, Genocyber, and Gun-Buster.

He was whipping designs up there so fast and with such accuracy and proportion that I felt like he was actually erasing away some whiteness that covered the perfect drawings underneath.
Ohata-sensei was grinning ear-to-ear by the time it was done (we ran over a bit, and could have kept going), and the crowd were spellbound. Everybody had cameras up (including me) snapping away the whole time.

It was a small crowd, everybody close to the board, the hall not anywhere near capacity. It was a TBD, and Ohata-sensei didn't decide the whiteboard thing until the last minute, and the Sakura staff had to hustle to set it up. Basically, nobody knew what to expect, but the people who showed up where blown away, and the other previous sessions where I interpreted the enthusiasm level was already running really high.

There was no QandA. There just wasn't time, and I don't know if Ohata-sensei had wanted to do that anyway. He might have taken questions afterwards if there had been time for it.

My coworker, Lauren, was holding the board (it was kind of wobbly) and translating.  She did an amazing job, no exception to her work the whole weekend. 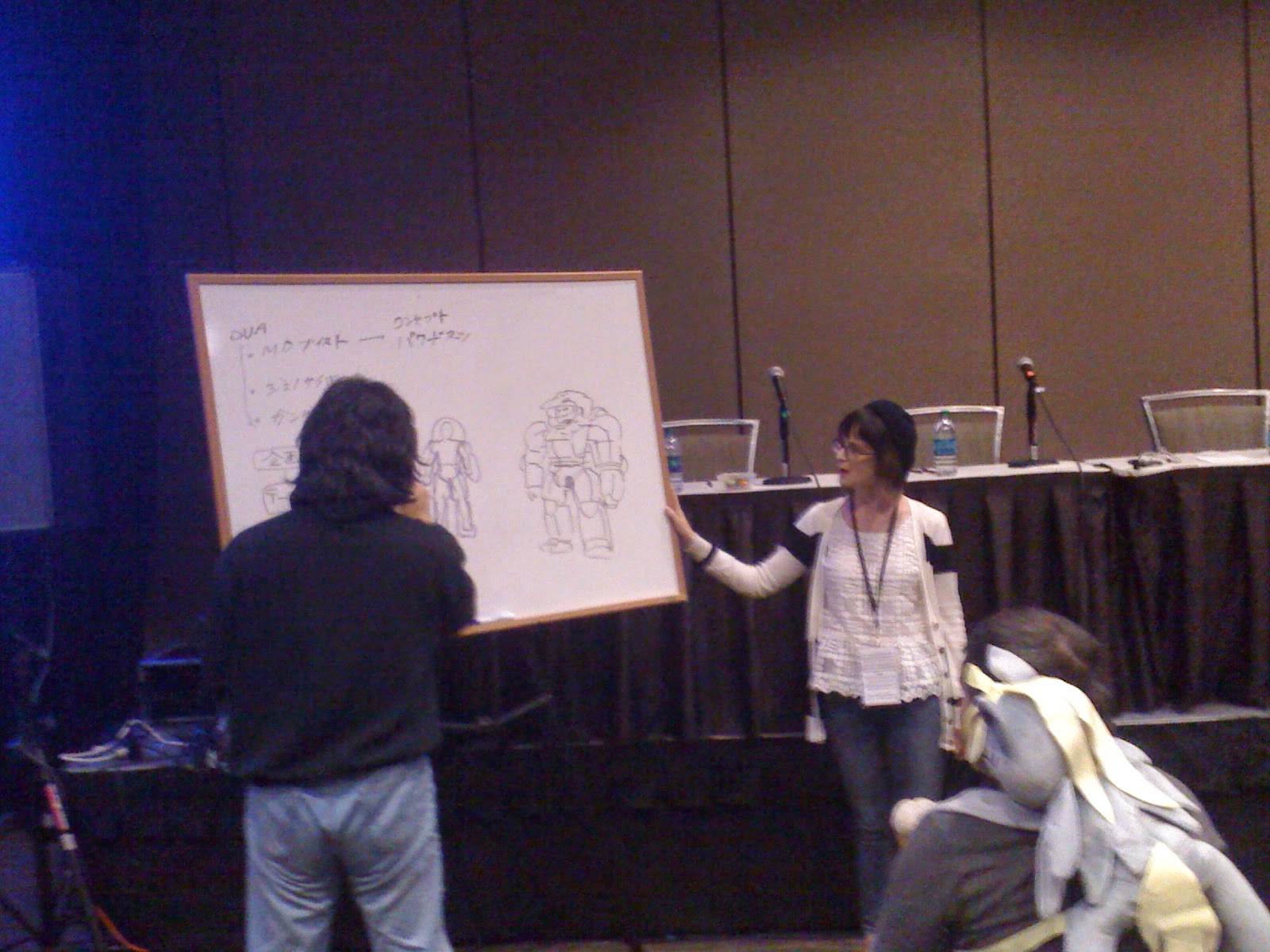 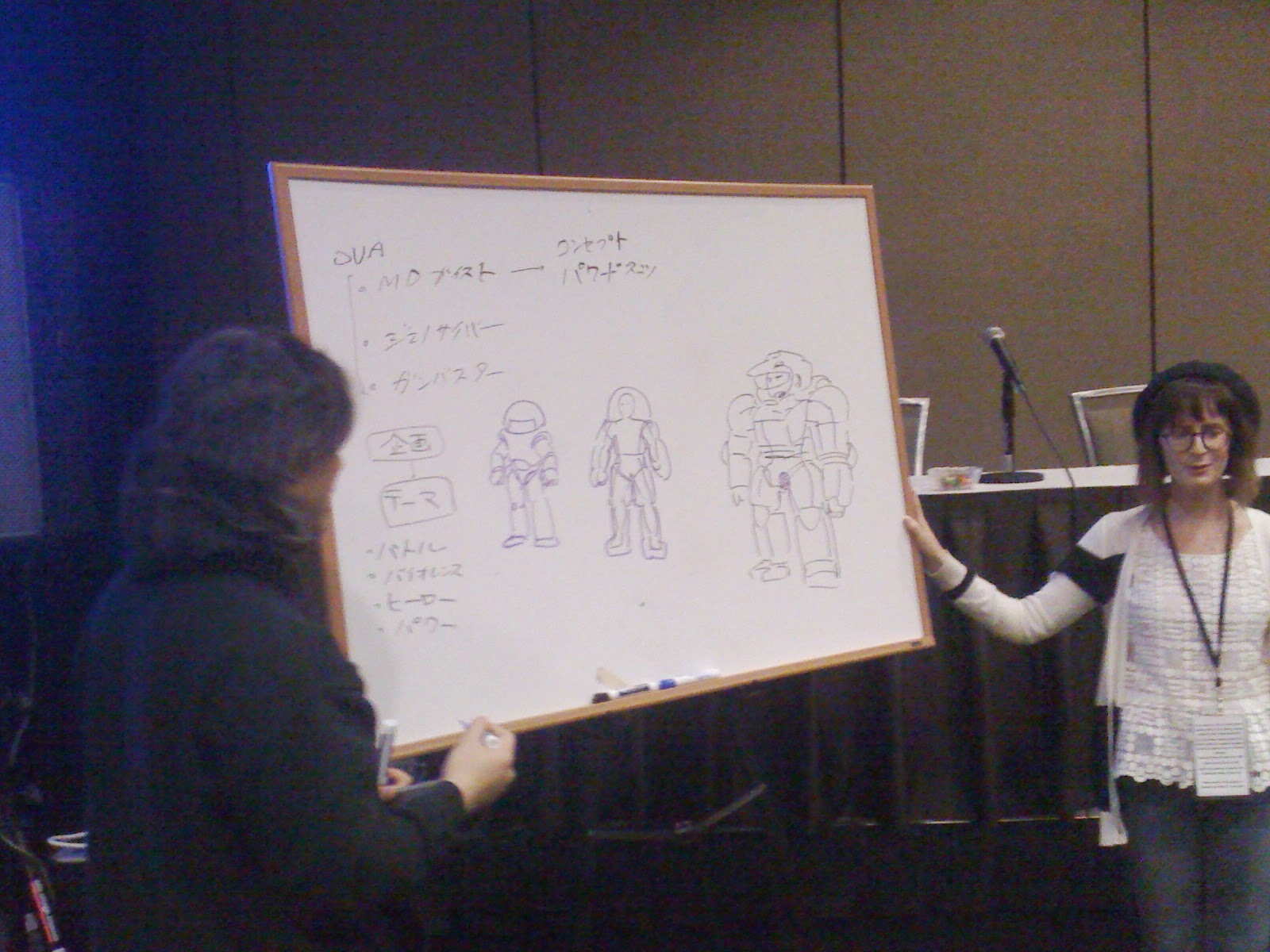 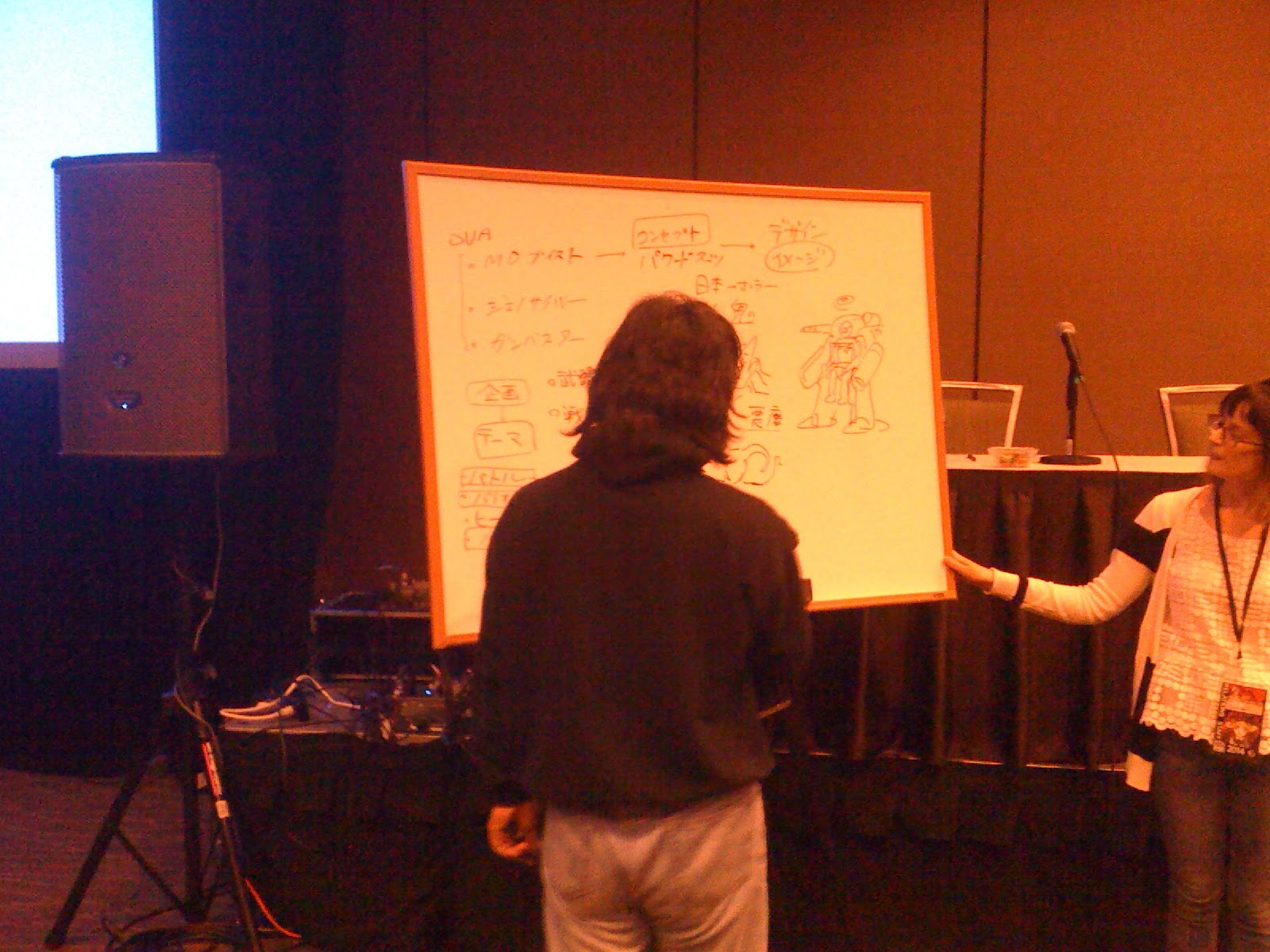 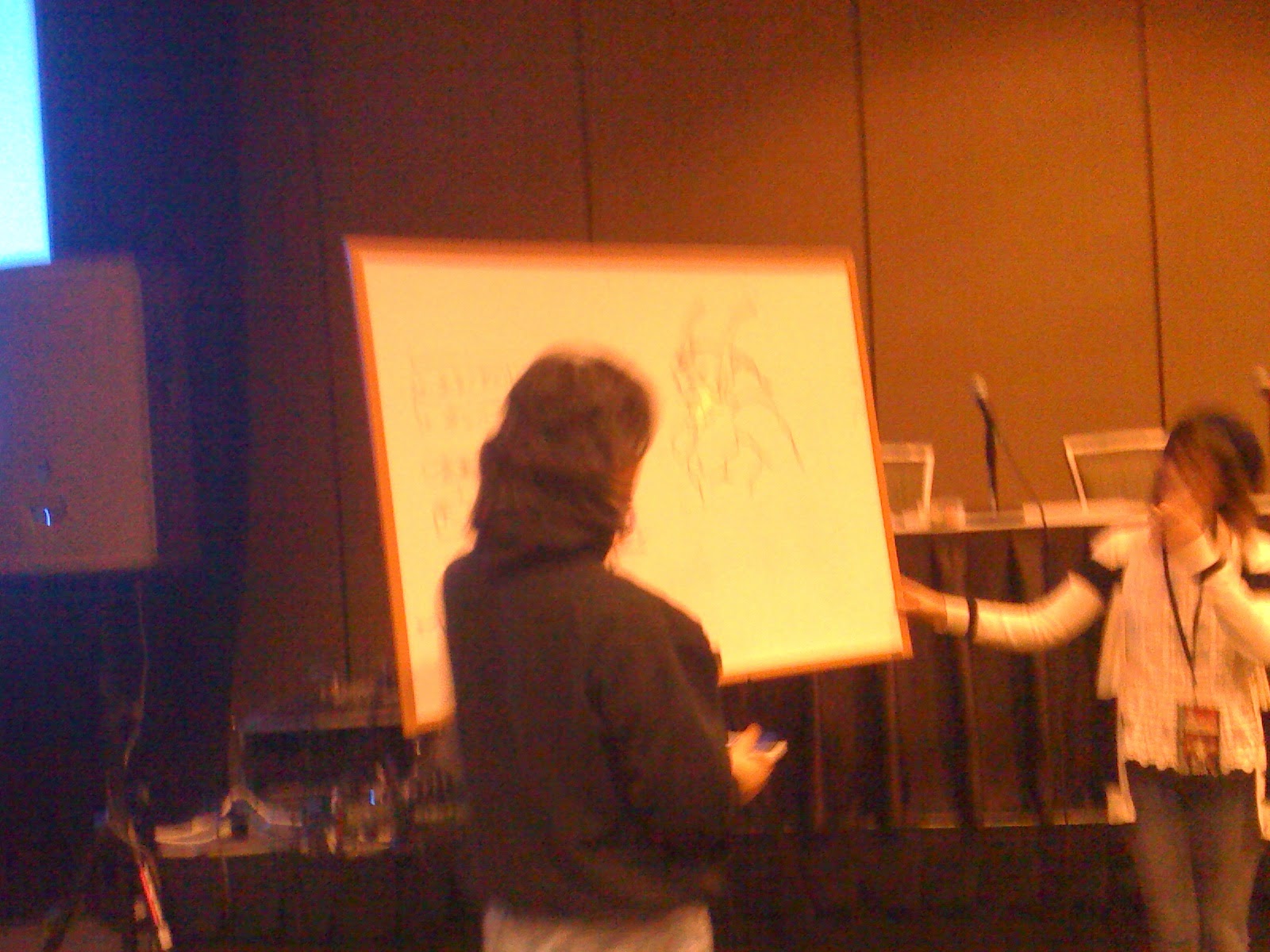 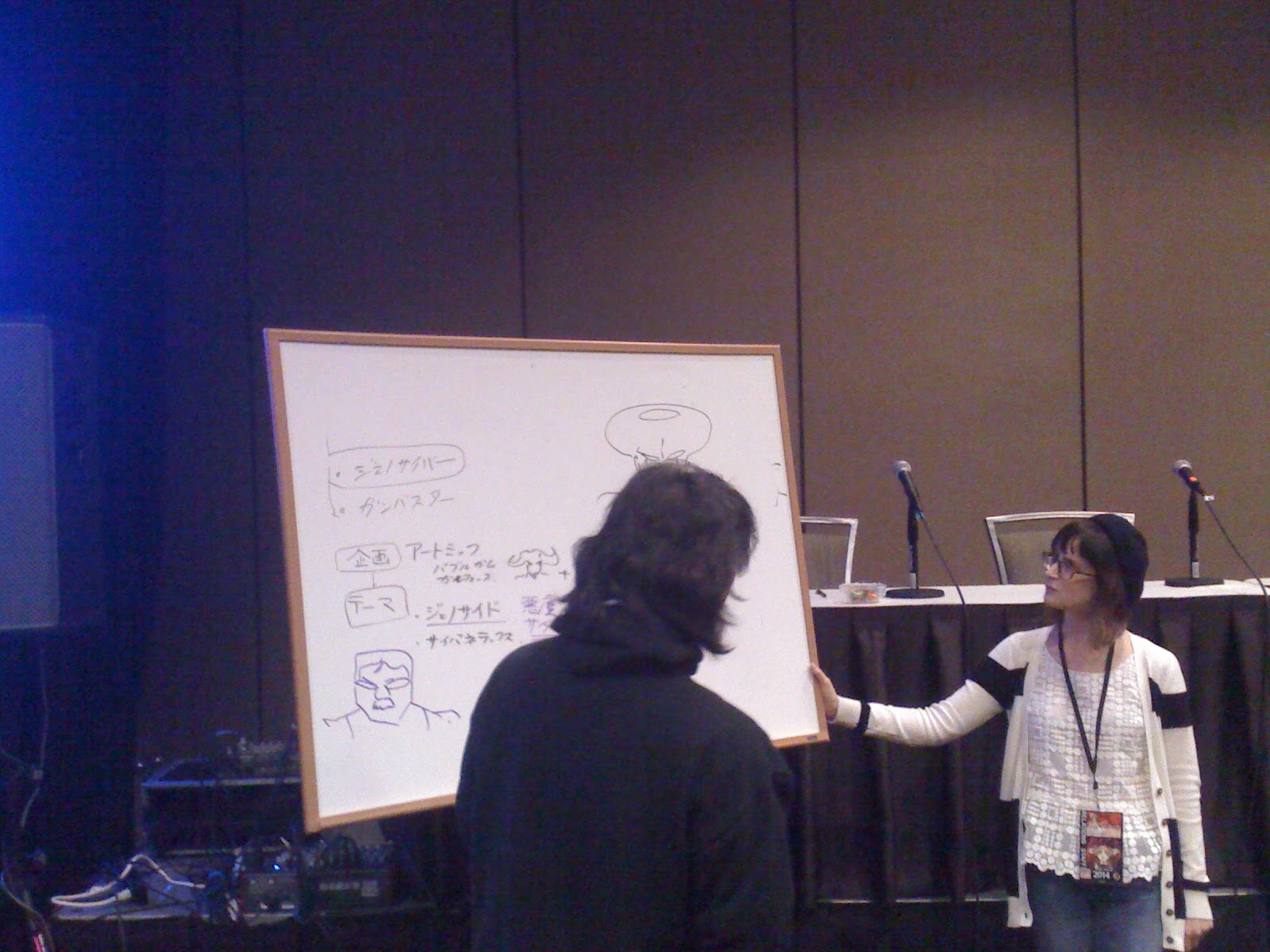 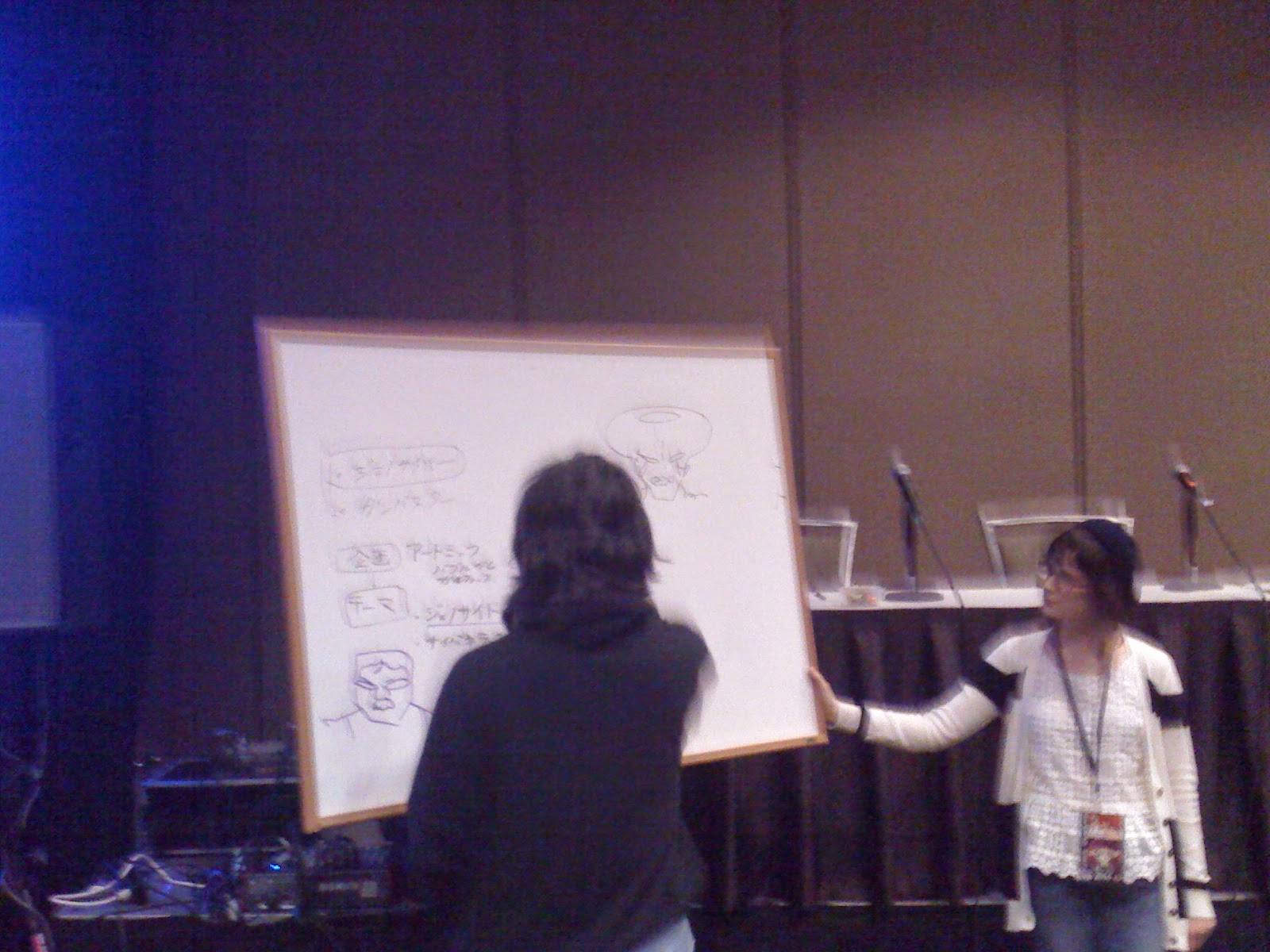 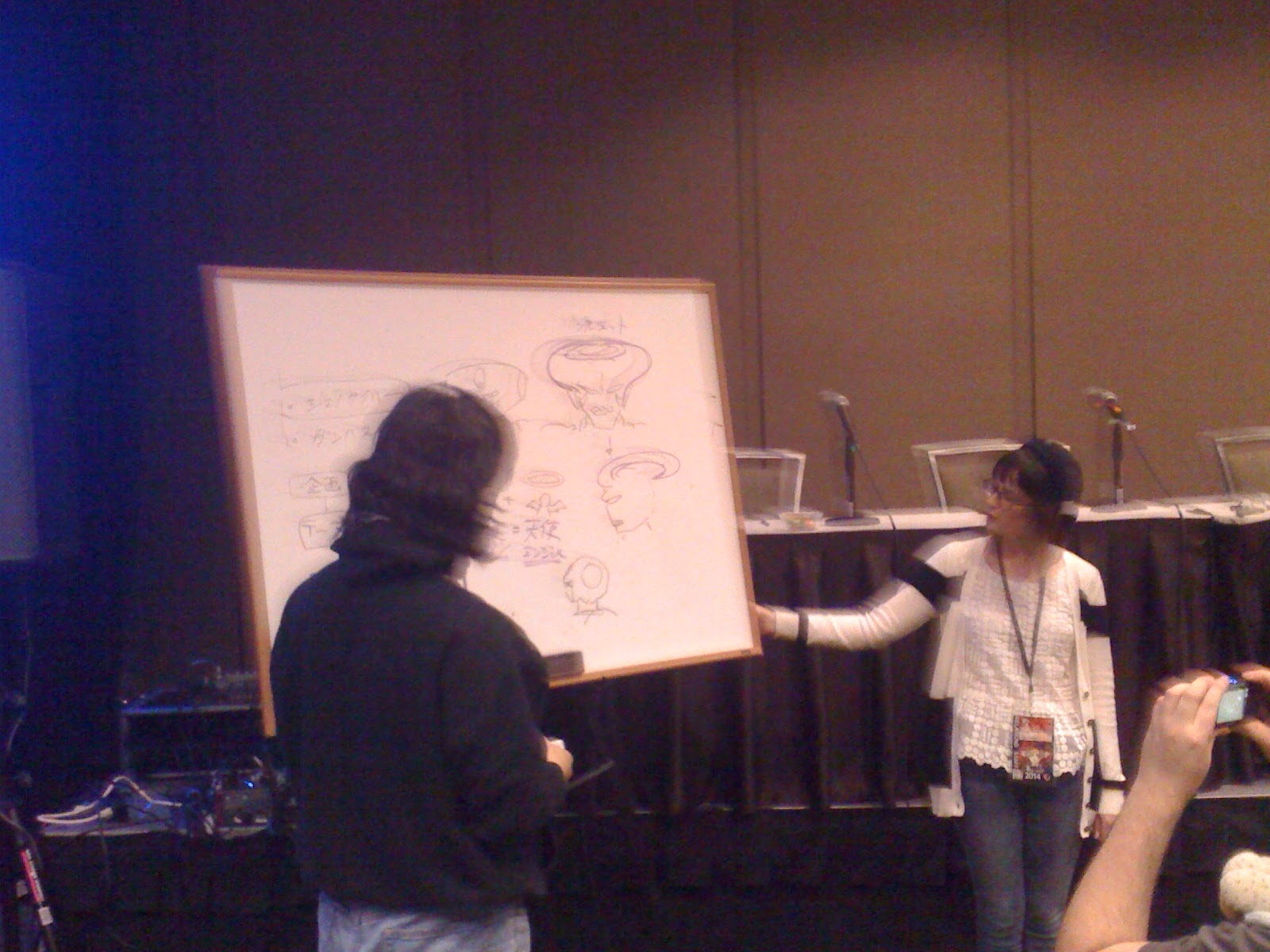 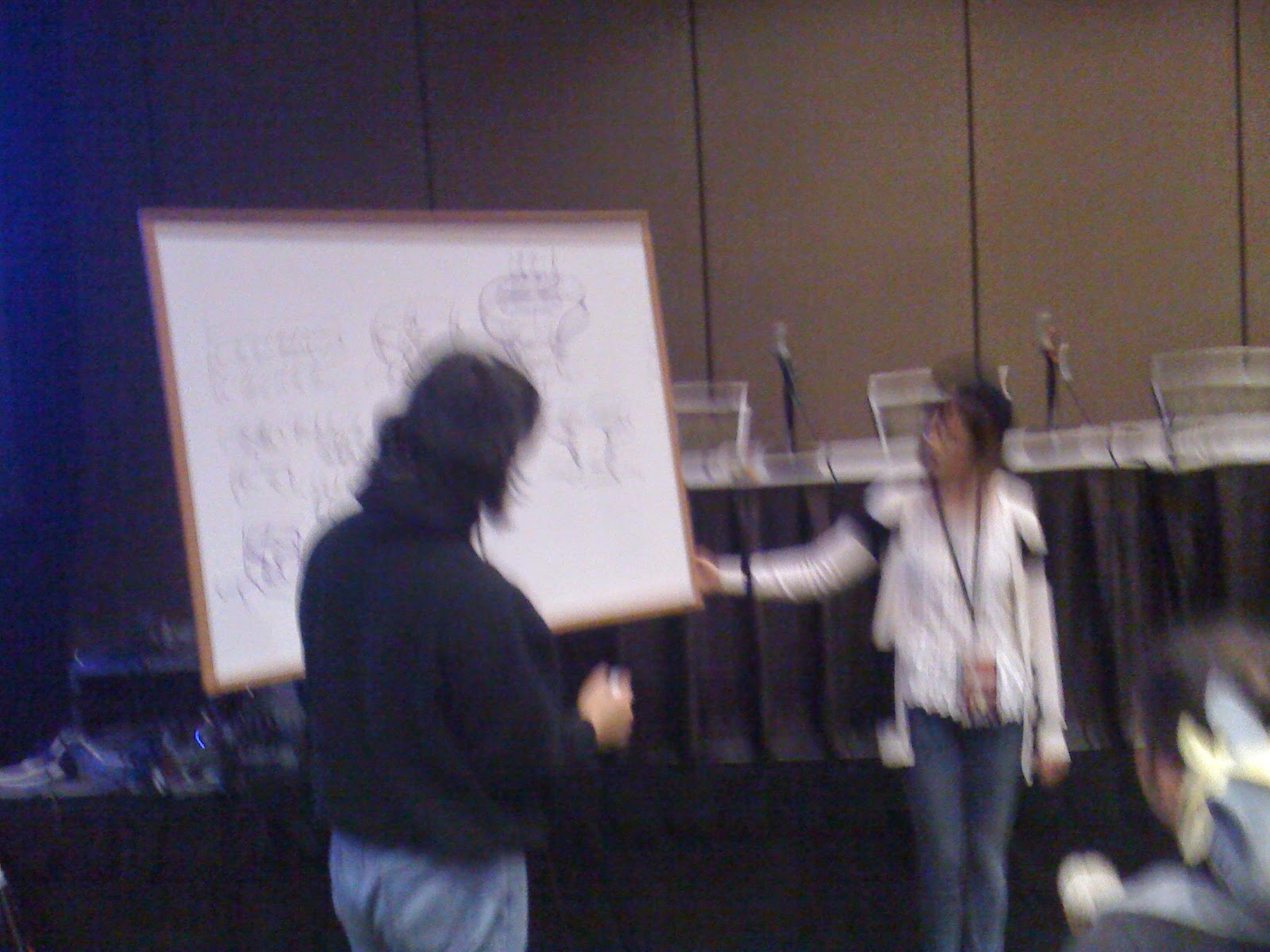 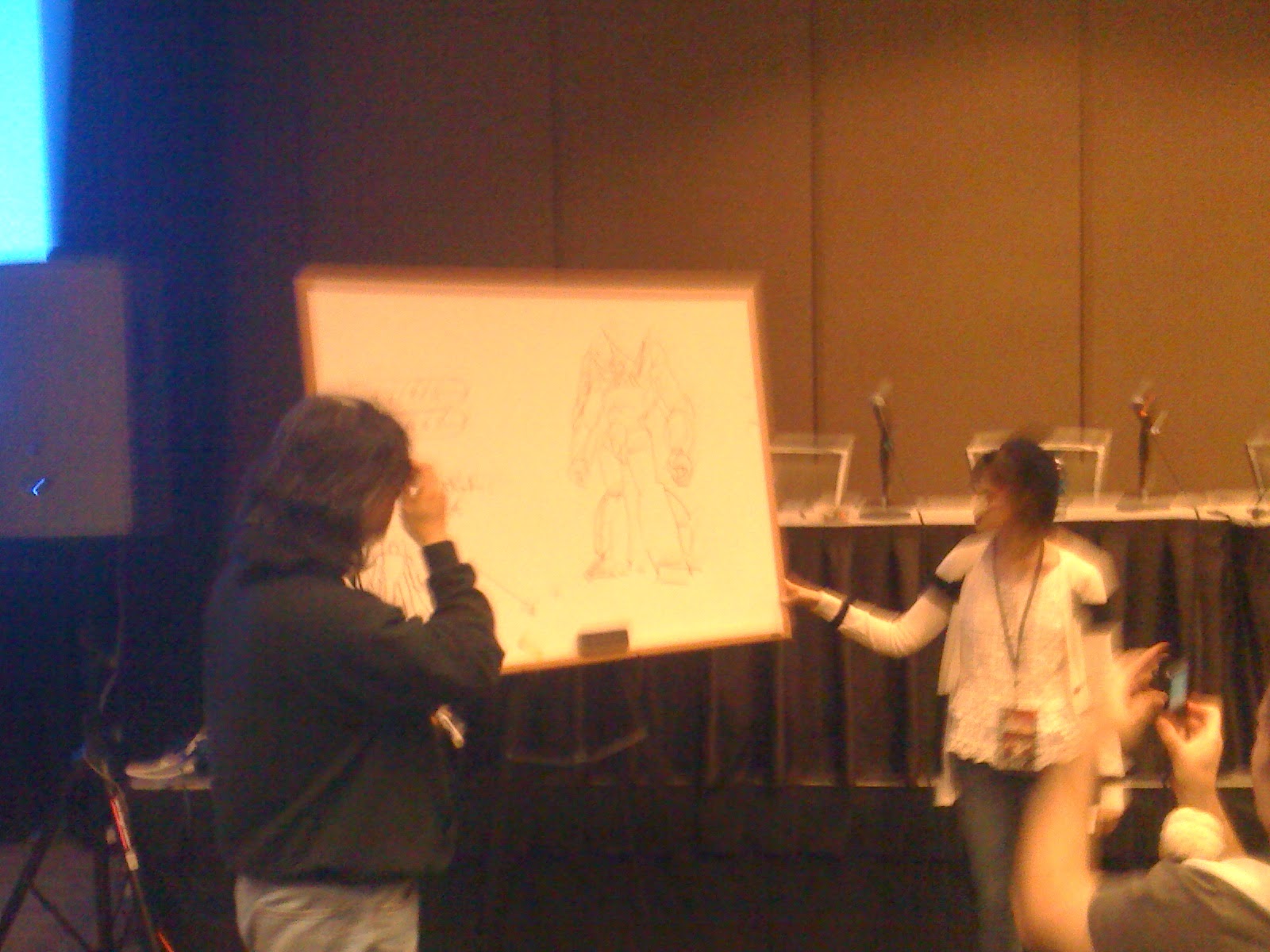 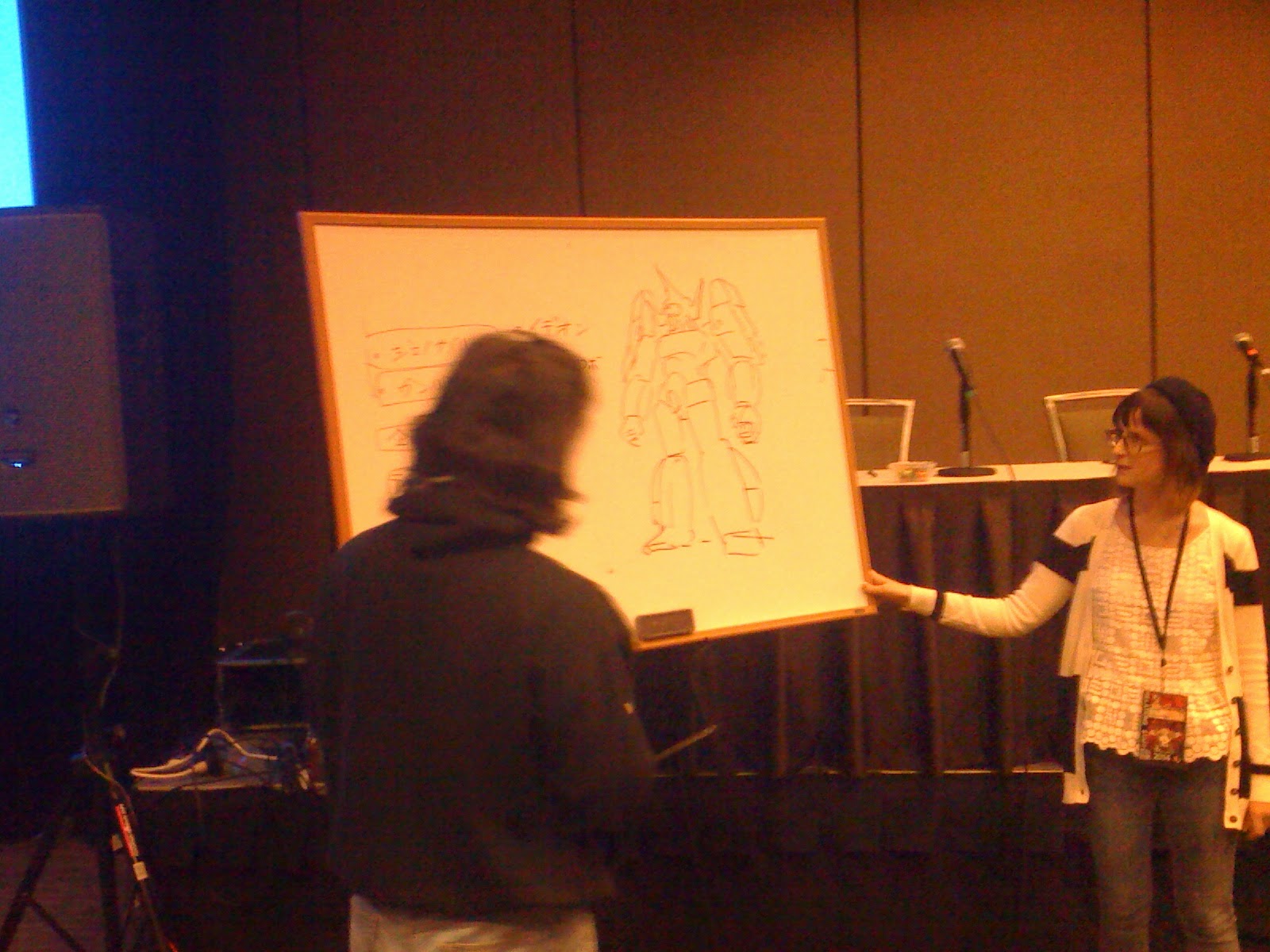 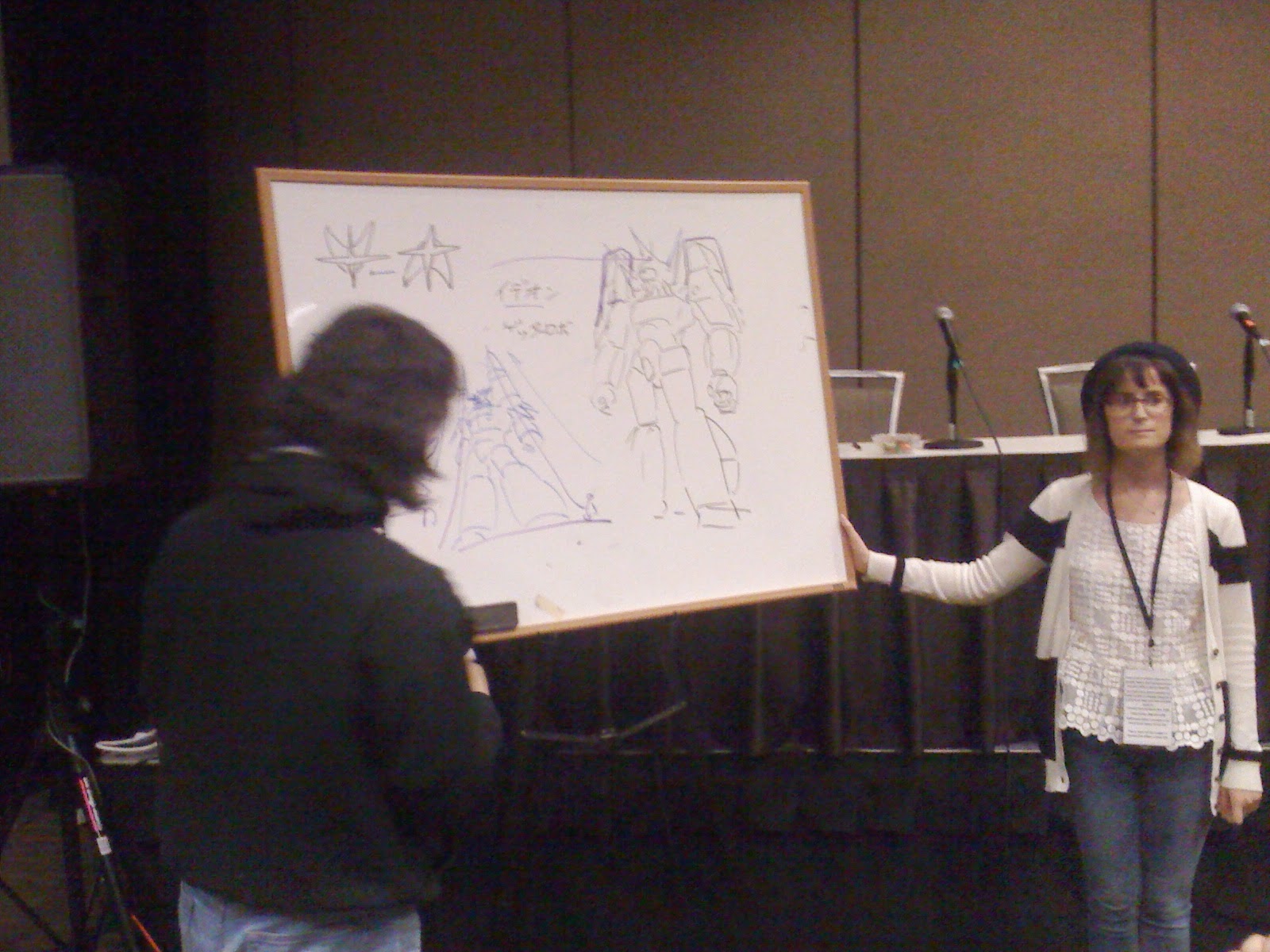 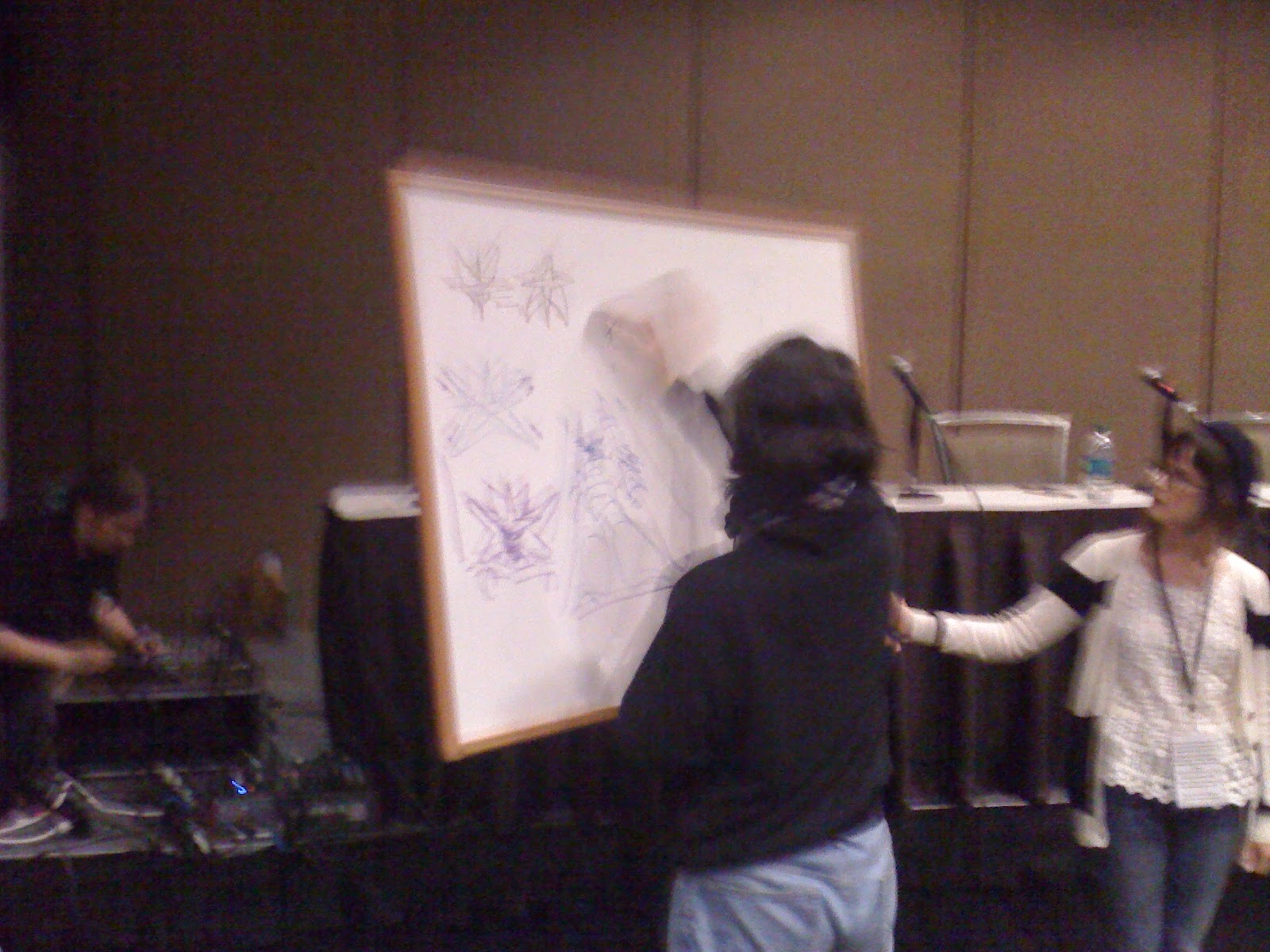 Posted by jayushkin at 1:29 PM