The Secret of Writing Success

I can't help thinking of the phrase:
"A Reason Happens for Everything"
...when people start talking about how their writing career finally started happening, they finally get a book deal, finally start paying the bills with their writing, and so on. I just looked over a couple of articles, and see what you think. How I Stopped Sabotaging Myself -- Confessions of a Late Bloomer, and also the promisingly titled It's Never Too Late  (to start writing even when you're over 50). I found them both rather rambling, rattling off details such as I was a mother of three, quit working to do charity work, never really took it seriously, and so on and so forth. I don't feel that I'm someone who has to have it fed to me in bullet points in half a page or less, but I do like such things to at least try to have a point.
What do you think?
I've got a couple of manuscripts for novels, a handful of short stories (some taken from chapters of other manuscripts for novels), all of which are candidates for publication. I published an article on data base administration about twenty-five years ago, and I can tell you how I did that, and maybe I will. I've also gotten a poem or two in a couple of places, to do with personal connections to the publication in question, and also got a short story into an anthology edited by some folks in my writing group. Again, connections.
How did I get that article published? It was in a monthly magazine, journal, called Software Maintenance News in New York, and I found it by going to the library in Boulder, Colorado, getting Writers' Market and calling all the publications that had 1-800 numbers, that is, where somebody might immediately pick up the phone, as opposed to my having to write them (e-mail was not a big thing yet, including e-mail attachments).
The reason I was doing all this stuff was because I had a few weeks, I wasn't sure how many, between consulting jobs, and I had always wanted to get something into print, and I figured this might be a time to tick this particular box off my "bucket list" (a term which did not yet exist at that time). I had a lot of data base experience in the trenches of Silicon Valley, so I figured that might be one of the few things about which I could write with any semblance of authority. I pitched the editor the idea of writing up a "lessons learned" piece about a time my team had experienced a data base corruption during an upgrade before which a clean shutdown had not been performed.
The editor liked the idea, I submitted a text (by e-mail, using CompuServe), and we went back and forth and back and forth I don't know how many times, and as I recall it was weeks and may even have been months before he finally accepted it. It may have been unusual to get so much attention from an editor. The magazine only had about three or four pieces like mine per issue. I can't remember if I was fighting for the "crossing the Rubicon" metaphor for the data base file reformatting (making them impossible to roll back) -- I think it was my girlfriend who thought it too obscure -- but the editor pressed me for a number of other changes in the flow and focus.
By the way, the Otherworlds anthology submission was even more back and forth. It was about two or three times longer than the database article. Lots of back and forth with the editors, who are friends of mine.
One takeaway I have from those two is that there was a lot of back and forth with the editor, and the piece got changed a lot by the time it was done, and it was substantially improved from its original form by this process. One thing I wonder is how many editors would be willing to work with me or anybody else like that? Or, by extension, is the quality of what I tend to write, or my personal perception or standard with which I judge my own work might not be quite in step with what editors are looking for.
I think Stephen King has a number of frank and honest things to say about these questions. He seems to be magnificently alone in that respect. Otherwise there seems to be a lot of rambling, beating about the bush, and a failure to say anything of substance in terms concrete details about what they did, what happened, their process, and how it changed over time, leading to increased success.
King talks about how his process changes, how he zeroed in on what he wanted to do, and the kind of feedback he started to get back, and focuses on these critical details. Incidental biographical details peppered here and there let the would-be writer feel that it might be within the reach of mere mortals. It seems that too many people put their own publishing success down to something between "waking up and deciding to do it" and Divine Providence and being finally recognized for the genius they are.
Not a lot to grab onto for us, the poor, huddled masses.
I started National Novel Writing Month in 2011. I became the organizer in my town in 2013, not that that is relevant. But every year I wrote a full-length first draft for a manuscript of a new novel. I have a year-round writing group (on hiatus due to COVID-19) where I work on revising them. I have my 2011 and 2012 manuscripts edited such that they at least may be read as book, by Beta-readers, others. They are effectively products that may be haggled over with agents. 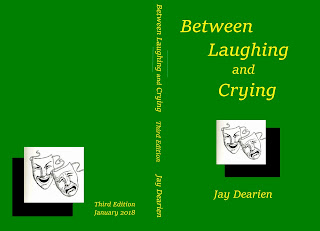 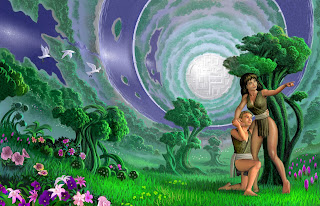 "Starfall"
I say that once I don't hate them, I can start to think about showing them to others, to see if they hate them. Probably around a dozen people have read both of my full-length novels, they've given feedback, and generally like the stories. Some of my chapters move me and some other people to tears, but I'm still working on translating this into a similar reaction in agents, publishers, and hopefully, readers.
I've submitted both to agents, maybe got a couple of personal replies...rejections all, so far.
That's kind of where I'm at now. I've got my process to produce so far the million words of a number of manuscripts. I think you have to have that. If you don't have a process that gives you a volume of completed work reliably over time, then that's got to be fixed. National Novel Writing Month fixed that for me.
Some people say "I like to write, but I hate editing." Just hang it up if that's you. I love reading my own stuff, changing it, making it "better" (whatever that means), in some ways more than I like writing it, but the point is they're two completely separate processes, neither is lesser or greater than the other.
I'd sure like to hear from somebody who knows something about it how to line up an agent. I've talked to a few agents and I've learned that they're very good, very quick, about sizing up whether a manuscript is right for them, which you'd expect. They have to wade through a lot of manuscripts every day, and you can't let it drag. I gotten some advice that I need to do more research, which is another of my beloved underspecific terms, read "you have to know what you don't already know."
Well, duh. How dryly tautological.
Anyway, that's where I'm at. I can help people write a manuscript if they have trouble writing one, and I can help them make it objectively better if they have trouble with that. After that, my toes dangle over the edge of the precipice, like most of us.
I don't know if I'm a "good storyteller." I stick to stories based on my own life, while a lot of people I know seem to write from some other place. I don't know about that. I find it's easier to judge whether adding or removing one bit or another would work, because I know what I'm trying to tell, and I feel it's interesting if I can tell it in a way that I don't hate it, either because it's bad or just self-indulgent, and then I go on to see if others hate it or not.
In 12-step programs they talk about how you can't give away what you don't have. As they say in French, il faut parler de même, one should speak of what one knows from one's own experience. There are two ways not to do that, and one sees both in the world of parvenue and would-be authors: talking about things beyond one's ken, and skipping over or being vague on details to seem more knowledgeable or in a better light. Why aren't people more helpful, like Stephen King? Is publishing some kind of zero-sum game or crabs-in-a-bucket scenario? Perhaps it's just that people are bad at explaining environments to which they are newcomers, and rather than admit this, they invent convenient fictions. It's frustrating.
Posted by jayushkin at 6:22 AM