模倣子 Ostentation vs Resources in The Gilded Age 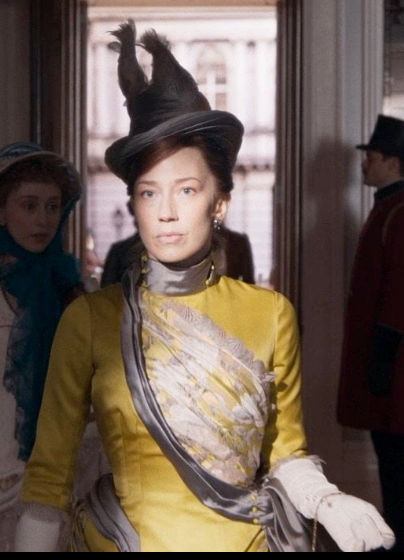 1. Wearing ridiculous outfits that make it hard to walk, breathe, or work with one's hands (long fingernails) telegraphs to "the prolies" that "see? I don't have to work" and thus serves a classist marking "purpose."
By the way, "blue blood" comes from the Spanish "sangre azúl" i.e., people who didn't work outside were pale, and you could see their blue veins through their skin.

2. All human artifacts are subject to mutation by "memetic drift" (and of course selective pressure). Somebody made some silly thing 300 years ago, it kind of worked at the time, the important bit is that it was readily imitated, and tiny changes happened here are there and it split into multiple iconic incarnations, some of which might die off, and voilà.

One or both of these factors may be operative. One fundamental place where "economics" gets it wrong is in "maximization of utility," which is obviously absent here, unless you're an economist without even the slightest shred of academic self-respect and claim that useless ostentation represents "utility." A memeticist (or a psychologist or sociologist, perhaps), on the other hand, would absolutely agree that ostentation is a reasonable quantity to optimize, even a fundamental one.

An important point is that the rich can afford much more elaborate and expensive displays of ostentation than can the poor. Recent "Blue Origin" space launches are a striking example.

One might even want to ask whether the fraction of outlay (of total expenses or total resources) on ostentation might be a conserved quantify in Macromemetics, or whether it might be stratified in a way that gave an objective index of class membership.

We might find that the poor spend a larger fraction of their resources on ostentation than do the rich. More basis research required here.

More directly relevant to The Gilded Age is that ratio (ostentation as fraction of total resources) for the nouveau riche Russells vis-à-vis the Old Money society they seek to infiltrate.

Are there any sociological researchers in the throng?
======================================
I pointed out in this little post that all human artifacts are subjected to memetic drift and mutation. This is pretty obvious, it sort of comes along with the whole basic idea of the meme (being like a gene).
However, there is the concept of "genetic programming," that is, making something that's "pretty good" or which doesn't even work all that well, with the idea that it will mutate and get better and better at whatever it is we want it to do.
This is sort of like engineering immunomemes, which any memetic designer does anyway. But instead of designing immunomemes which ensure the stability of the system, excluding novel or exotic memes from getting run-time on the memetic fabric, we make them, I don't know, a bit more loosey-goosey, so that they permit unconventional memetic deployments, so long as they "get the job done."
There's a lot of theoretical work to be done here, obviously.
I thought of you especially, since you're a professor and guiding your students through some memetic experience or another is pretty much your job, but setting up a memeplex to accomplish this is both a huge job and a moving target.
My thought is that if a self-configuring, self-optimizing memeplex could be devised, it would be of tremendous benefit.
It would look like your setting up some basic memes and immunomemes, preferably a lot of them without need for direct input from you (but possibly with connection to various university administrative offices, ha, ha), with the idea that a lot of the memes would be set up such that they would undergo a lot of mutation, and the immunomemes would be set up such that they guide this mutation in ways that serve your purpose.
An example might be a treasure hunt in which the hunters all interact with one another. For instance, the person who finds the red egg is now allowed to request maps (documents) from "central command" or the egg tells them where or how to get them, and then they're allowed to distribute some documents to those with green eggs, and it's all out in the open so anybody can bully red-egg-man if he tries to give out to the wrong people, and these bullying opportunities might involve losing the red egg, and some prizes, even when found, might have keys or lock combinations which require the help of other players, and so on. And some of the items might "time out" or "expire" (an implementation detail might be the "code sheet" that the department secretary has gets updated regularly, making older codes useless).
As often happens with memetic design, in order to get people to do the bits that you consider important, you may have to add a bit of seemingly pointless stuff around the edges, or in the center, and this latter stuff often appears to be "more important" than the "work memes" that you actually care about.
Posted by jayushkin at 12:41 PM